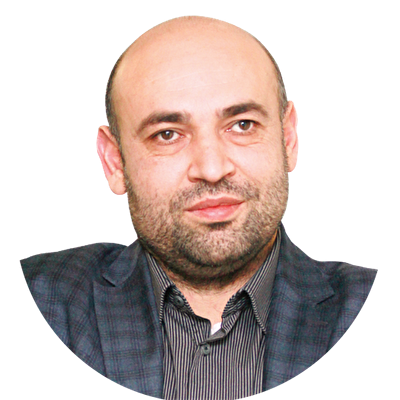 From Istanbul’s elections to Israel’s

We are not the only ones anxiously awaiting the results of the Istanbul mayoral election: the world’s oppressed people are just as curious. I have been receiving calls from our friends in Africa during the past week, and have gleaned that they too ar... more

A new era may start in Algeria any moment now

Last week, Algeria experienced one of its historic days. More than 1 million Algerians organized a demonstration in the country's capital, asked President Abdelaziz Bouteflika to resign, and demanded elections be held on time. The demand that came fr... more

The hypocrisy of Europe and the Arab League!

Last week, nine young men were executed by the Egyptian junta regime. This execution is really the execution of all our bodies. This execution is the desire of the West and its cooperating administrations, which failed at killing our spirit of resist... more

Turkey’s future in Africa depends on investments, not aid

A humanitarian aid volunteer we recently met with for an interview was beaming with joy and at the same time, although he was trying to hide it, we saw tears pouring down his face as he was speaking to us. He said that he had visited Africa for the f... more

Will spring come to Algeria?

The presidential elections in Algeria will be held on April 18. 82-year-old President Abdelaziz Bouteflika, whose candidacy has been an issue of debate for days, has announced his candidacy to take office for the fifth time.It has been claimed by som... more

Even though 2018 was a tough year for Africa, it was a year in which important steps were taken in the name of peace. A portion of the fights, clashes and cold wars that have been ongoing for years reaching an end in 2018 gave African peoples room to... more

What is behind Sudanese President Bashir’s visit to Syria?

The president of Sudan, Omar al-Bashir, became the first Arab leader to visit Syria since the civil war broke out in 2011.The Sudan News Agency deemed the visit as strengthening the relations between the two countries and discussing the developments ... more

Can the Western Sahara problem be solved?

When moving on from the 20th century to the 21st century, the Muslim world was obliged to face numerous unsolvable problems. Palestine was one of our most important issues, and the problem caused by Israel could just not be solved. We were inadequate... more

Chadian President Idriss Deby’s meeting with Israeli Prime Minister Benjamin Netanyahu in the first such visit by a leader of the central African country, which severed bilateral ties with Tel Aviv in 1972, will be a turning point for the continent. ... more

Turkey needs to hurry for Yemen

The involvement of Saudi Arabia, its allies and Iran made things even more complicated for the civil war in Yemen. The war actually has two actors: the first one is Saudi Arabia and the other is Iran. These two states are continuing to fight by using... more

The United Arab Emirates is swimming in dangerous waters

The United Arab Emirates (UAE) has started to play an increasingly critical role in both East Africa and Yemen. Its longstanding political stance alongside the U.K. and its cooperation with the Saudi administration has impacted how waywardly active t... more

Watching a masquerade ball in Kampala

Receptions have a different place in African countries, because they are a meeting point for Turks. Those who are on duty and work under tough conditions in various parts of the countries gather on the occasion of these receptions; they try to make t... more