Salih Muslim’s trip to Turkey and Incirlik Base

Abdülkadir Selvi has been a frequent contributor to Yeni Şafak for years, penning columns on a variety of topics for the daily 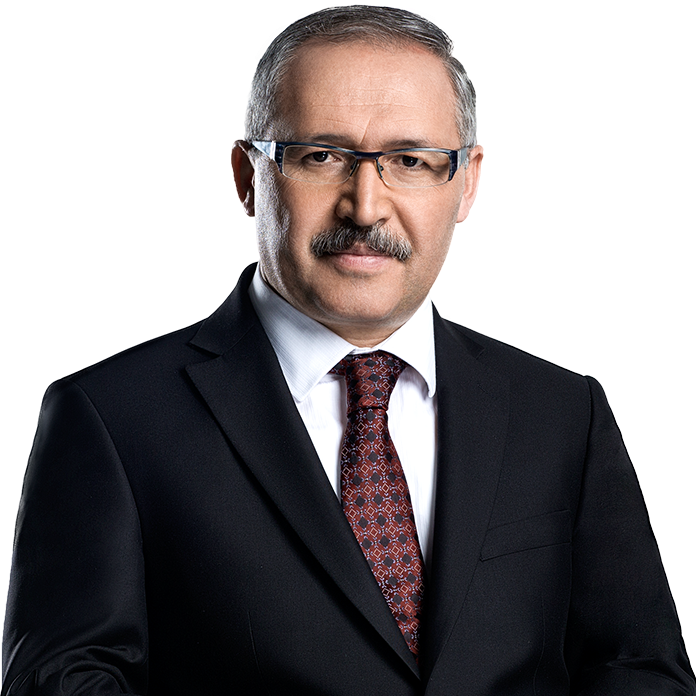 In these days, as news centers, we are sitting on pins and needles.

We are bustling over the “Military entered Syria” news we receive in the middle of the night.

Despite the late hours, we call the officials to ask them if these news bits are real.

Now, it came to such a state that some officials started calling to tell us, “There is Syria news circulating again. Don't worry, we didn't enter Syria”.

My fear is that, if one day we really enter Syria, we will think about it as an unfounded rumor and skip it.

By the way, I've set up a “When will we enter Syria” guide for myself.

We won't be entering Syria whenever a military official goes to the border.

2-PYD crosses to the West side of the Euphrates River, they will start spreading to Jarabulus (originally Cerablus) in order to unite Kobani and Afrin. Then, we will enter Syria.

Then, what's the situation in the region after Turkey revealed its “Safe Zone” intention? At the moment, it's being stated that neither ISIL nor PYD has any activity that will annoy Turkey. Of course, since we are talking about Syria, we shouldn't speak too early. For now, we shouldn't make any comments before recording it. Moreover, we are talking about a civil war, where we don't even know what will happen as this article was being written.

I've been observing a change in Ankara for a while now. I want to share that with you.

When the Safe Zone arguments began, ISIL and PYD were put in the same bag. Moreover, there were remarkable approaches like; ISIL is the visible threat, however the actual threat is PYD.

In the first period, when the Kurdish existence in Iraq was highlighted, Ankara came close to the red lines. Whenever a crisis occurred, journalists in Ankara were given information on “Turkey's red lines” and embargo lists directed at Iraqi Kurds would be published.

However, today, we are experiencing the biggest solidarity in the Middle East with the Iraqi Kurds.

Was there a worry towards same mistakes being made towards Syrian Kurds? When we include the wrong strategy pursued during the Kobani process, it was clear that the worries were rightful.

Ankara is preserving its sensitivity on the matter of Assad regime, ISIL and PYD.

Beyond dispute, ISIL is a threat.

However, on the matter of PYD, there is an attitude change.

We've learned that from a government official, who came together with a group of journalists last week; “PYD can become a rational actor.”

The government official said; “It's possible to come to terms with PYD. There is a great difference between ISIL and PYD. We are thinking that PYD is a rational actor that could be reasoned with. If they act rationally, reconciliation is possible.”

Ankara's expectations from PYD were arrayed under 3 topics.

2-PYD should put down their flag.

3-Formation of an ethnic hierarchy in local administrations.

The leader of PYD, who used Erbil or Süleymaniye as the departure points for his flights abroad, entered from the border gate, which had been opened to him following a special permit, on Saturday and entered Turkey over Mardin. I've reached the information that Muslim entered Ankara over Mardin. In order to confirm it, I've tried reaching him. However, we couldn't meet. It's being stated that after staying one night in Ankara, he travelled to Europe via Istanbul. During his 24 hour Ankara visit, the important matter is; who did Muslim meet with?

The change in the view towards PYD is not only felt in the civilian segment.

The message given to PYD is clear;

1-Don't cross to the West side of Euphrates River, and don't try to capture Jarabulus.

2-If you be attentive to Turkey's red line; it's possible for us to come to terms.

I don't know if the contacts with US had any influence over this. However, compared to the beginning, you can feel a change in Ankara towards the PYD matter. Salih Muslim stated that they have no plans to provoke Turkey and that they are not thinking about entering Jarabulus “for now”. There is an issue on the matter of PYD. PYD is not a structure that makes their own decisions. I'm referring to the US factor, not just the Qandil relation.

After all, there is an ongoing process with the U.S.. The U.S., who saw Turkey's determination on the matter of the Safe Zone, is persistent on their demand to use the Incirlik Base for fighting against ISIL. We can observe progress on the matter of Incirlik Base. Ankara stated that with the conditions like; preventing the migration wave towards Turkey, conducting air operations directed at coordinates given by Turkey, PYD not passing to the West side of the Euphrates River; they can be flexible with the usage of Incirlik Base.

If an agreement is reached, the U.S. will use the Incirlik Base in their operations directed at ISIL.

Salih Muslim’s trip to Turkey and Incirlik Base