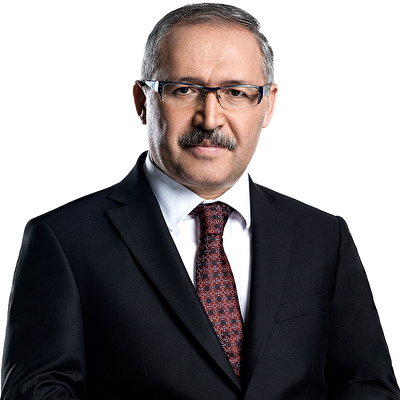 Is the crisis with Russia being overcome?

November 24, 2015, the date on which the Russian plane was downed, became a turning point in terms of Turkish-Russian ties. Yet the most recent years were the brightest in the history of the two countries' relations. Russian President Vladimir Putin ... more

What was discussed over breakfast with the president?

When the Reconciliation Commission in Parliament ended, the Justice and Development Party (AK Party) accelerated its constitution work. We were in Jordan with Prime Minister Ahmet Davutoğlu over the weekend. Before going to Jordan, the prime minister... more

Cemil Bayık explained the Kurdistan Workers' Party's (PKK) suicide bombing acts: “We want to oust [President Recep Tayyip] Erdoğan.” And how will they oust him? Suicide bombers blowing themselves up in order to kill innocent people. The PKK had the ... more

What happened in Dağlıca, when is the Mosul operation?

It is a sunny day in Ankara. Budget discussions are taking place at Parliament. We conversed in the Parliament garden with Milliyet newspaper's Ankara representative, Serpil Çevikcan, and observed the budget discussions. The Peoples' Democratic Party... more

An Africa within Africa

We are in Ghana, on the second leg of our visit to Africa with the President, Recep Tayyip Erdoğan.Ghana is a nation we are familiar with. Ghanaian football players chase the ball in our leagues, particularly for Fenerbahçe Football Club.We arrived i... more

What is Syria's Plan B?

The USA and Russia negotiated on the cease-fire in Syria. The US Secretary of State John Kerry said that the success of the cease-fire that will come into effect on February 27 will be obvious within a few days. Kerry did not neglect to speak softly... more

The story of that night between Turkey and the US

President Recep Tayyip Erdoğan and US President Barack Obama met twice in one month. The two leaders spoke after the Sultanahmet attack on January 20 and after the suicide bombing in Ankara on February 19. Obama and Erdoğan are going to meet at the N... more

The AK Party's Plan B

Plan A was that the Turkish Grand National Assembly's Constitutional Reconciliation Commission would formulate the new Constitution. The commission named “Reconciliation” was dissolved, since it could not reconcile. If plan A's political life ends, ... more

Are we going to war in Syria?

Turkey has been pondering the answer to this question for a while. In his speech in Ukraine the day before yesterday, and in the Justice and Development Party (AK Party) group meeting yesterday, Prime Minister Ahmet Davutoğlu answered this question: ... more

Russia hit a school and hospital in Azaz. Nobody came out and asked Russia why. But when Turkey hit the People's Protection Units (YPG), the US pushed the panic button. Washington's call to Ankara regarding the Democratic Union Party (PYD), the YP... more

The message of operations on the PYD

Turkey had announced that the Democratic Union Party's (PYD) crossing over to the west of the Euphrates was its red line. Russia, for a while, had been directing the PYD toward the east of the Jarablous-Azaz line. Turkey's determination was tested in... more

We will continue to speak up

Our newspaper Yeni Şafak and fellow newspaper Yeni Akit were exposed to a serious terror attack. Our greatest consolation is that there were no losses. Those who attacked Turkey then attacked Yeni Şafak, which ruined their plans and deciphered their ... more