Akif Emre has been a frequent contributor to Yeni Şafak for years, penning columns on a variety of topics for the daily 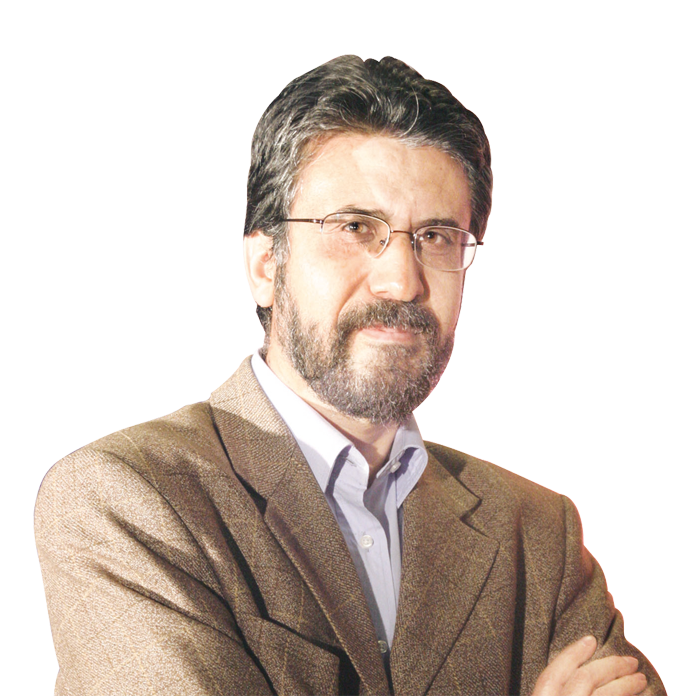 The renewal of Hamas's primary declaration was expected to have a tremendous impact worldwide, and that is exactly what happened. It had risked being punished by having its election results rejected by the structure – the U.S., Russia, EU and the U.N. – known as the Middle East Quarter, which is in a determining position regarding Palestine, because it, unlike the Palestine Liberation Organization (PLO), insisted on refusing to accept Israel's existence. As a matter of fact, the price of Gaza's fundamental policies was to be under the political and humanitarian siege of Israel at the international level, in addition to facing its years-long military siege and massacres. Eventually, the Palestine movement that failed to save even an inch of land was divided into two.

The release of a new document by Hamas, after so much time had passed since the publication of its first political document in 1988, points to a significant milestone. The topic of world focus is whether Hamas accepts Israel's existence. Yet, the matter is not limited solely to whether or not Israel is recognized; it signals a period in which local, regional and international interactions that are more intertwined have come into play.

There is benefit in first reviewing who is being targeted by this document in terms of its priorities, what it means and how it should be read. Before getting onto this, it needs to be underlined that even though Hamas has not entirely given up its fundamental founding principles, it has been harmonized and is almost being compelled to this. The identification of the internal conditions that compel Hamas as much as the external conditions, that it has been left helpless should not be ignored. It could probably be read as an effort of survival from a movement whose logistical depth has been blown up, has lost all political support and is being dragged to economic failure.

Hamas being convinced to release this document in an environment, in which regional countries produce an abundance of promises and dauntlessness is also important in terms of Palestine's future.

It could be said that with the political document it released, Hamas is getting ready to take a central role in Palestinian politics. In this sense, the real drawback to the PLO's criticism of Israeli politics was that it observed a secular politics. Hamas, which has shown that it is radically distinct from the PLO in this context, accepting the PLO as the Palestinians' common frame, will appear as an important breaking point in the long-term in terms of its own political discourse.

Also, despite rejecting the Oslo agreement with Ismail Haniyeh's statement in 2007, it had become aligned with the PLO. Yet, as this statement did not turn in to a political document, it was not taken into heed by the Middle East Quartet.

The second important target should be read as a renewal of state, position and discourse against regional powers. It could be seen as a balance adjustment aimed particularly at the countries in the region that have an influence on the balance in Palestine. These are first Egypt, then Turkey and Qatar. The period that has moved Hamas's political office from Damascus – or has convinced it to move – is the start of a period that has taken away its political logistics and has made it even more helpless.

There is no doubt that the most important practical result of the new political document, both ideologically and politically, will be witnessed in relations with Egypt. Even though Hamas, which is, in terms of its origin, an extension of the Brotherhood Movement, does not reject its Brotherhood past, it aims to mend ties with Egypt by declaring its independency from the movement. Time will show the political and ideological results of the Palestine movement being evolved in this direction after the Sudan Brotherhood that became detached from the movement very early on. Being declared as terrorists by Abdel-Fattah el-Sisi's pro- coup administration meant the cutting off of its lifelines for Hamas. Let alone, Egypt's special relationship with Israel would always remain as a threat for Hamas. A Gaza administration stuck between Israel's military siege and Egypt's political and logistical siege would find it difficult to not only to call out to Palestine, but also to remain standing in Gaza. All the suggestions made by Qatar and Turkey, which have recently been providing economic support, could be considered effective in all these, too. It is obvious that the hospitals that had to shut down because of the lack of electricity and unpaid civil servant wages were reasons that forced the release of this document.

One other target is the structure known as the Middle East Quartet. Their priority could be summarized as the recognition of Israel, placing a distance between it and terrorism and adopting secular politics. Although in this context, it does not directly state that it recognizes Israel, the objective of founding a state within the 1967 borders can be interpreted in this way. Let alone, reference to the decision that accepts the U.N.'s 1948 plan of Palestine's division could mean indirect recognition.

It is a fact that Hamas laying claim to its objectives of Islamist politics is presented as the justification for all kinds of pressures and terrorism accusations. However, even though the meaning of its accepting the structure of the PLO, that bases its politics on the principles of secularism as the foundation for Palestine, seems unclear for now, the likelihood of evolving toward a changing position in the long-term can be in question.

Its last interlocutor is Israel. Perhaps, it is stressing the fight against Zionists and not Jews, due to their belief, as the most striking statement, will mean that nothing will change in terms of Israel. Zionist invaders cannot possibly be satisfied unless Hamas, like the PLO, becomes completely spineless.

Have no doubt that efforts are made to force Hamas, which is a movement that has managed to exist as a hope of resistance against Israel, with all it has achieved and all that it couldn't, to kneel in front of the conjuncture.