The disaster of Soma: 45 minutes and the boss mind - FUAT ATIK

The disaster of Soma: 45 minutes and the boss mind 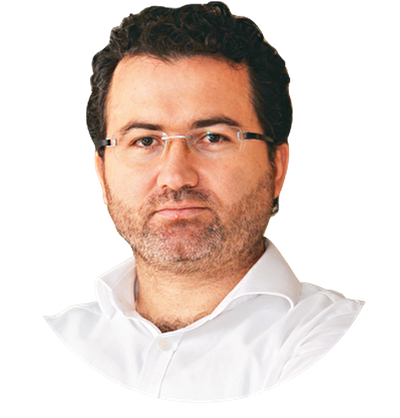 Names are passing before our eyes. It writes "miner" on his helmet. Numbers follow one after the other.. 151-250-284…. charts pass by the screen. The presenter ticks off the "transformer", pointing out at the flames spreading into the mine.

Survivors relate to us tragic stories. Some miner says, "My friends died in front of my eyes. Masks were not enough. They fell one by one while running up to take a breath."

They found fathers with sons, elder brothers with the younger ones, uncles and nephews all of them embracing each other. They barely separated the people from the dead bodies of their beloved ones.

Statistics are given from time to time turning up with themes like "Turkey has outweighed China in occupational accidents."

A specialist says, "It was one of the safest mines in Turkey".

However, he summarizes the tragedy of Soma in two words : "45 minutes".

What we have been watching and listening, the memories of the miners prove that safety measures, which passed the state auditing, did not work out. Call it negligence or accident, after the outbreak of the fire, none of those measures helped.

Reasons like the ventilation, which exhausts the toxic gas, that stopped working due to the blackout are not sufficient to explain why taken cautions did not help. This and other similar failures should have been calculated within a risk scenario.

The miners who had survived from the tragedy told us that they had been trained in drills on how to evacuate the mine in 45 minutes since their gas masks could provide them 45 minutes of clean air. A worker says "it is impossible to leave the mine in 45 minutes. The fastest we can do is an hour." And that is if they are stuck in a spot somewhere near the surface of the mine .

45 minutes with a mask. There is no other option granted for the workers to survive.

We realize that a self-boasting business organization owner who has decreased the financial cost and thus raised his profit when talking about "rescue chambers" is lying. 14 dead bodies have been taken out from those so-called rescue chambers.

Miners tell us that the next shift begins before those who have completed their overtime come out. They say "the explosion broke out 40-45 minutes prior to the end of the shift".

Now, we understand that the secret of the boss, who says "I am successful for spending 50 liras with a ton of coal instead of 150 liras," is to start the second shift even before the first ended. Hence, he multiplies 45 minutes by 780 workers by equalizing them with high efficiency.

There are two more annoying details.

Whenever the so-called "security officers" lead miners to ventilation, there is no way out for them. A significant amount of those who don"t listen to their directive actually survive.

Young miners in particular did not enable the clips on their masks, which repel the toxic gas. It seems they almost inhaled death.

Don"t these examples summarize whether the security training was sufficient or not? The obedience to the law and regulations on the paper unfortunately led to a voyage to death, a toxic breath.

Aren''t these the types of negligence that increase the death toll? The prosecutorial investigation will give its name.

Whatever the result will be or whatever the cause of the accident turns out to be, we must question why the best occupational health and safety law only remained on the paper.

This investigation should begin by questioning the mentality of boss concerning the wheel of "Maximum profit- high efficiency" which transforms people into modern slaves, numbers, and statistics.

I am talking about a kind of boss mentality that is too far away from a teardrop, empathy and humanity; enough not to call a day off in other mines when the whole Turkey is crying about the disaster.

I am talking about a kind of mentality that appears in a press conference after 4 days and talks about a personal illness and future plans as if 284 workers had not died in his mines.

Yes, it is this mentality that must be questioned.

Our prophet Muhammad - peace be upon him - says:

"Your brothers are your responsibility. Allah has made them under your hands. So whosoever has a brother under his hand, let him give him food as he eats and dress as he dresses. Do not give them work that will overburden them and if you give them such task then provide them assistance." (Al-Bukhari)

If it is not this government, consisting of teams believing in His guidance that will question the system which sacrifices the human life to its high profit instinct, then who else is there to question this mentality?

I ask God almighty to bless our 284 sons who fell as martyrs in Soma.