Born in 1965 in İnegöl, Gökhan Özcan completed his primary, secondary, and high school education in İnegöl. He graduated from the Department of Journalism and Public Relations at Gazi University in 1987. He served as a television critic on Medyakronik and he later founded Gerçek Hayat Magazine together with Hakan Albayrak and Levent Gültekin. He has written several books including Sixty-two Rabbits, Days’ Shadows, Nothing, and Procedure of Spirit. Özcan also penned various scripts for several TV productions. 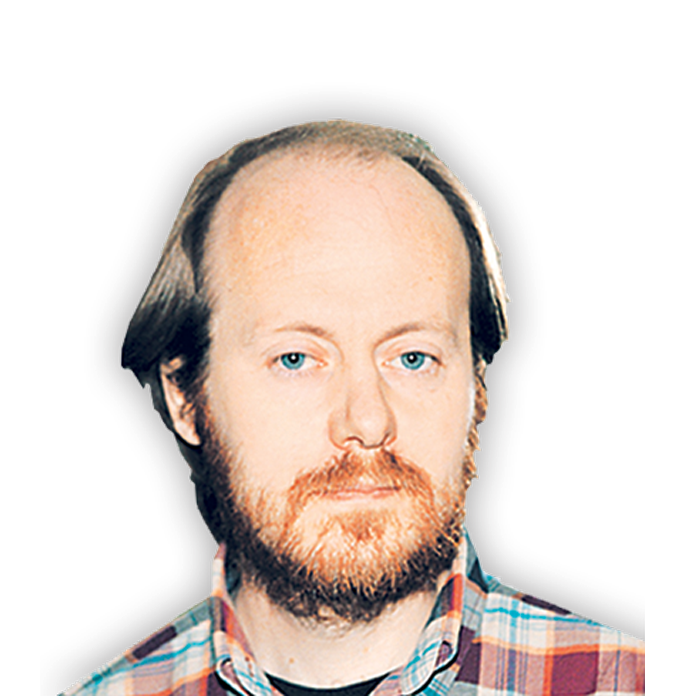 There is a price for everything that we use for comfort and people in some unknown part of the world are paying this price. Since everyone cannot become rich and since the rich cannot give up their wealth, the burden of poverty must be loaded upon someone"s shoulder.

There is a big gap between production difficulties and consumption facilities which is hard to fill and it is increasingly getting deeper. We will confront such unpredictability as the foundation of all the pains in the new century.

The crowds spending their lives in order to bring home a loaf of bread will be poured into the mortar of an economic circulation, which will operate on the wheels of a spendthrift consumption culture.

The industrial age led to a dirty and rusty way of life by teaching mankind to ask for more than the essential needs of life.

Since traditional societies possessed less than what we now have today, they did not feel worse than how we feel. This is because they had a kind of life in which bliss and happiness was earned with less the cost.

In this new age of opportunities and limitless innovations, people who were once happy and blissful with little things can hardly now ever taste the same joy and bliss with major things which they already possess or try to achieve.

At the beginning of the consumption age, everyone was made to believe in a new world that would equip the human with new and rich opportunities and facilitate their life and make their dreams come true.

However, it was evident that this was simply an illusion. A kind of order that will make everyone happy would only possible through establishing the means of a fair-share but this would never provide a sufficiently profitable economy.

Industrialization required the existence of the industrialist, while the investment required the capital, and the capital necessitated tycoons. One more thing was needed to operate this enormous machine: The crowds that would devotedly work to earn a life that would rotate the wheels.

In order for everything to go fine, it was necessary for the poor to remain poor.

But what was the obstacle that prevented the crowds of labor from upgrading to a better level and that convicted them to walk along this path to the end of which was unclear?

It was whatever that cut them off from their traditional lifestyle and land and their modesty and contentment! And what took place was a lot of expectations, demands, and desires that were sold to them as a necessity.

Of course, all of this was to the cost of a less life span, more intensive work hours, a more dangerous and polluted environment a less blessed earning and a less peaceful life.

But we all are being used in a circulation in order to rotate certain wheels. It"s so strange that everyone is willing to have this loss in some way once they achieve this evaporated life.

What a pity! Poor humans. Earning a living should not be that cheap for some and that expensive for the other. We are burning and will burn with this. However, this does not change things so much. We have to focus on our life after we get rid of keyboard populism, which has been gradually lost its decency.

Unfortunately, we are the biggest customers of the super powers who set this order. We always rotate their wheel asking for more. It is more likely that every passing day we need more energy to provide for the increasing consuming of energy. But consuming the energy for what exactly? For tons of things, we plug in, duh? For these kind of things? Is it so, really?

I ask God almighty to bless the deceased people in Soma and patience to their remaining beloved ones.