Does the organization want Resolution? 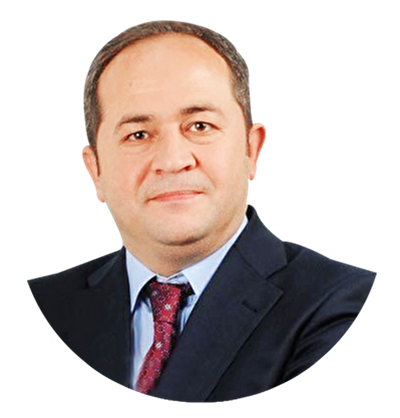 Despite traversing the past two years with quite difficult political tests, Turkey managed to keep the Resolution Process on track. In the first year of the process, marked by the Paris murders and the leaking of the İmralı meeting, first the process itself, then, by the Gezi demonstrations and December 17-25 operations, the political willpower behind the process had been targeted. As for the second year of the process, Turkey experienced two crucial and tense elections, and the President and Prime Minister of the country, along with the Chairmen of AK Party, had changed.

Even though all these developments that were packed into two years affected the political platform and the performances and priorities of the political actors, who had been involved in the process, it didn’t affect the Resolution Process.

However, throughout these two years, in which Turkey had weathered critical political crises, the Resolution Process had managed to stand strong as a guarantee of political stability, and now, after the October 6-8 incidents, the same process lost the solid platform it leaned on.

During the incidents on October 6-8 upon HDP’s calling, 49 people lost their lives, and after the communal aspect of the incident came to an end, three separate attacks had been carried out towards military and police personnel, who resided in Bingöl, Hakkari and Diyarbakır.

Even though the events caused everyone to question the sincerity of the organization and loss of trust, by the communal and political common sense that was formed after HDP’s and the organization’s apology statements, the process had been placed once again on its rails. As a result of this, the dialogue had been re-established and the sides in the process didn’t capitulate from their determination towards resolution.

While the pessimism over the Resolution Process caused by the October 6-8 incidents had been replaced with optimism, the incidents in Cizre on the last days of December had combined with the communal common sense and the deferred feelings from the October 6- 8 incidents, causing critical hesitations to form towards the process.

As for the things experienced since October, they are directly caused by the attitude of the organization, who is one of the sides in the Resolution Process. It’s possible to evaluate the incentives, which suspended the organization from the principal of the process, under three categories:

First of all, it could easily be said that, while disarmament was the dominant factor, the organization couldn’t give up on using arms and violence as an instrument. Since the beginning of the process, the organization’s activities towards gathering more personnel, appealing to arms and the armed demonstration felt throughout the region on October 6-8 being in our memories as an alternative can be evaluated as the actor, who was expected to lay down arms, who couldn’t accept the process.

As for the second category, it is the failure of the organization to adapt its base and factors to the resolution. While the intention of disarmament had been declared by the most senior in the organization throughout two years, no statements from the organization side towards the sensitivity required by the process could be found. The notions like slaughter, genocide and annihilation are still filling all the conversations and news in the organization’s press. Also, this situation is paving the way for communal violence in the moments of crisis.

As for the last category, political totalitarianism started to be felt in the region. Both in the October 6-8 incidents and in Cizre, this situation, which is established on entitling life to someone else, is poisoning the process. In the essence of the process, the democratic mentality is innate, and this mentality is being harmed because of this totalitarian attitude of the organization, which doesn’t entitle life to different political alternatives.

As long as the organization and the political movement in its perimeter continue to lean on these factors that don’t coincide with the spirit of the process, even if the Resolution Process is sustained on the political level, the tension and violence maintain its existence in the field. Thus, the Resolution Process, which managed to be unaffected by the great political crises in the past two years, is failing to reach success, while a nominal political platform is formed, because of the organization’s attitude.