The United Arab Emirates is swimming in dangerous waters 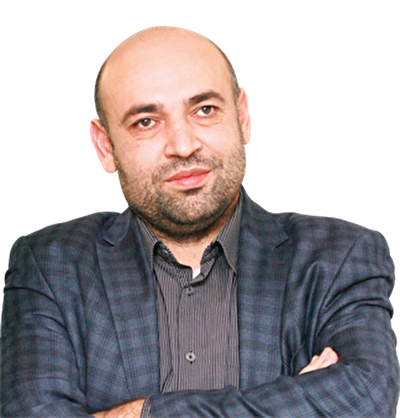 The United Arab Emirates (UAE) has started to play an increasingly critical role in both East Africa and Yemen. Its longstanding political stance alongside the U.K. and its cooperation with the Saudi administration has impacted how waywardly active the UAE has become in the region.

The UAE is not present in East Africa for political objectives alone, but to become active in many fields such as port pacts, economic investments, television shows and military bases. Nowadays, it is preparing to establish a television station in the Ethiopian capital of Addis Ababa, which has become the hub of the Horn of Africa.

Watching UAE-based television channels in Arabic is not new. However, the new concept is to start broadcasting in Amharic.

The UAE also worked diligently to ensure peace between Ethiopia and Eritrea, and by later ensuring that Djibouti joined these two countries, it laid the foundation of a new alliance in East Africa. The UAE showed the world how essential the extraordinary financial support it provided to both Eritrea and Ethiopia is to institute so-called peace. The UAE did not stop with this; it sought an alliance with the Somalian administration – with which it had a major crisis just months ago – and hence essentially replaced the British role of peacemaker.

The UAE's newest target seems to be Sudan. It is seeking another alliance with Sudan, which has long stood alone. Rumor has it that the UAE is behind the fresh reconciliation between Egypt and Sudan. The Sudanese administration, which lost the majority of oil revenues after South Sudan separated, appears to have a positive attitude toward the UAE's efforts. The U.S. wants to lighten and lift its sanctions on Sudan by using the UAE.

The "pay and win" diplomacy used in the Middle East has now started to work in Africa. East African countries in particular seem to be thrilled by this.

However, the UAE's efforts signify carrying the problems of the Middle East to Africa, rather than ensuring peace and stability. A while later, the oil wars and initiatives to neutralize Iran in the region will lead to moves striking a blow to Turkey's humanitarian policy aimed at understanding Africa, and China's power in Africa.

The UAE is not alone in its new policy, which will lead to new hostilities under the guise of peace. They are working with the U.S., U.K., Israel, Saudi Arabia and Egypt. There are efforts to turn the Red Sea into a Saudi-Emirati lake under U.S. and U.K. protection. The primary aim is to form a safe zone in the Red Sea and solidify the trade network.

Coercion rather than persuasion is used now in diplomacy. The UAE is one of the countries that best implement this diplomatic rule. Somali President Mohamed Farmaajo, who did not break ties with Qatar and Turkey, was "brought into line" and ended the historical enmity with Ethiopia and Eritrea. Though Somalia has been under Ethiopian occupation for four decades, diplomatic relations were resumed and a commercial aircraft carrying passengers landed at Mogadishu airport for the first time in 40 years.

When the leaders of Ethiopia and Eritrea gathered in one of Saudi King Salman's palaces with a view of the Red Sea, Saudi Arabia's notorious Crown Prince Mohammed bin Salman and the Emirates' Foreign Minister Sheikh Abdullah bin Zayed also attending was not a coincidence. Hence, sometime later, both leaders of the Horn of Africa would be hosted in Dubai.

Trade is the primary reason behind the UAE's interest in Africa. Many African countries are carrying out their trade with Asian and European countries through Dubai. Most African countries, primarily Ethiopia, do not apply customs taxes or keep the tax rate low on products from Dubai. The UAE does not want to lose this market and sees Turkey as its rival in this trade paradigm. The higher quality products received from Turkey compared to UAE products is enough to leave the UAE sleepless at nights.

Turkish television series taking Africa by storm led to a boost in Turkey’s tourism. Now, Africans want to visit Istanbul, Bursa, Cappadocia and Antalya instead of Dubai because the Turkey they see in television series is much more beautiful than Dubai and has greater advantages in terms of tourism.

In recent years, China has proliferated Africa. China has excessive visibility and the way to break this is neither the U.K. returning to its old colonies, nor the military attacks the U.S. started in the name of fighting terrorism. In order to compete against China, one of the Gulf countries located in close proximity, notably Saudi Arabia and the UAE, need to come to the region.

One of the reasons the UAE is insisting on bringing so-called peace to Africa is to stop Iran from progressing both in the Gulf and East Africa. Iran came to the region long ago, and tried to form a Shiite tradition, primarily in Kenya and Tanzania. Now, Saudi Arabia's classical Wahhabism is unable to play a key role in the sectarian fight against Iran. The UAE is paving the way for an economic fight with a softer approach against Iran, by keeping sects in the background. There is also the reality that it is also making a move against Turkey, but this is a topic for another article.

The reason behind the massacres, human rights violations, hunger, poverty and migration in Yemen is Saudi Arabia and the UAE as much as it is Iran. The UAE is carrying out a military operation in cooperation with Saudi Arabia against the Tehran-backed rebels, and continues to commit crimes against humanity. The southern and western coasts of Yemen are directly under UAE occupation, and this occupation is unfortunately watched silently by the world.

The UAE's Yemen operation is being conducted from the Djibouti port and base, and in exchange for this, Djibouti, a former Somali territory, is being paid millions of dollars. These funds paid to tempt hundreds of thousands of innocent people are supposedly paid to build democracy in East Africa.

Peace and stability are necessary for the region. But if a new conflict is going to ravage East Africa, just as it has done in Yemen, then somebody needs to stop these undertakers. Greater effort is required to stop the civil war in Yemen, otherwise, the conflict region is going to include the Horn of Africa, and these lands, which carry the Ottoman legacy, will become an arena where global powers and undertakers clash.