Kemal Öztürk has been a frequent contributor to Yeni Şafak for years, penning columns on a variety of topics for the daily 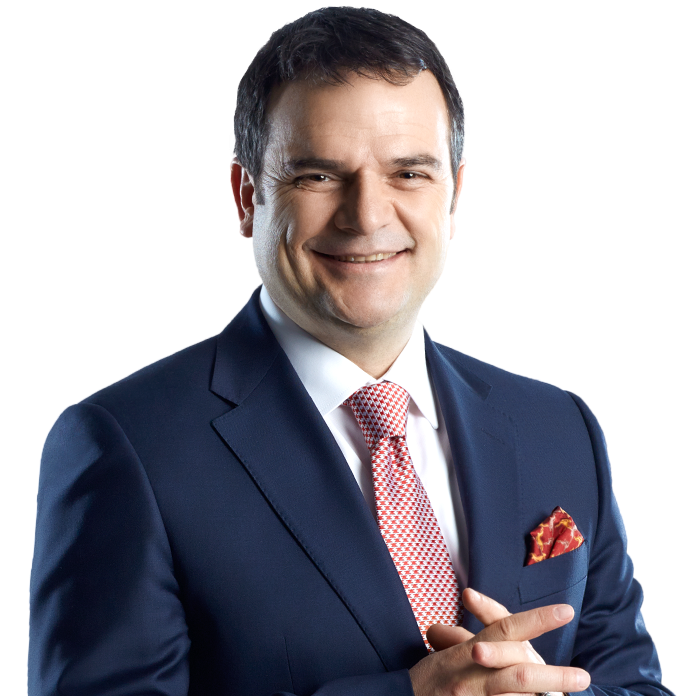 Naser el Duwailah is a legal expert who was a member of parliament in Kuwait. He published messages defending the rapprochement of Kuwait and Turkey, Turkey’s opening of a military base in Kuwait and that Saudi Arabian Crown Prince Salman is greatly harming the Arab world.

After these statements, he was heavily attacked by social media trolls of Saudi Arabia and the United Arab Emirates (UAE). Following that, the national media started a smear campaign against him.

He was covertly threatened in the news that stated he was attacking the Saudis together with Jamal Khashoggi. However, Duwailah did not take a step back and he reasserted his suggestion that Kuwait and Turkey should develop their relations.

The perseverance of an old man

93-year-old Yusuf Qaradawi is one of the greatest scholars of the Muslim world. He established an organization called “The International Union of Muslim Scholars.” Over a thousand scholars have joined this union. Qaradawi opposed Sisi’s coup in Egypt. He criticized Assad in Syria. He opposed Saudi Arabia’s policies. He defended the freedom of Jerusalem.

He also did something else: at every opportunity he said that Turkey is the leading country of the Muslim world. Prince Salman then declared 93-year-old Karadawi and many other scholars as terrorists. He sent the scholars who were members of the International Union of Muslim Scholars to prisons in Saudi Arabia.

Qaradawi and his friends, for whom the government issued arrest warrants, neither took a step back nor changed their statements about Turkey. Qaradawi persevered.

The International Union of Muslim Scholars had their last meeting in Istanbul. Qaradawi said the following in this meeting:

“I am 93 years old. This is my last meeting with you. I guess we will not be able to meet again… We pray that Turkey can become the administrative center of the Muslim world once again. Erdoğan is the leader we are proud of…”

I was among the people who listened to Qaradawi for the last time. More than a thousand scholars, scientists and academics were in the hall. I think they were coming from around 60 countries. Whenever Qaradawi said Turkey or Erdoğan they clapped enthusiastically.

The people on the streets are our friends

I have traveled in the Muslim world from Morocco to Indonesia and I saw this: The people on the streets are our friends. There is the love of Turkey in the heart of the Muslim peoples, just like Naser Duwailah and Qaradawi. This love is sometimes because realpolitik necessitates it, but it is a sincere love.

Turkey has an incredible silent power in the Muslim world. The people on the street, the scholars in the academia, and reasonable intellectuals have sincere affection for Turkey.

In Muslim countries, I saw that the regimes, the media that supports them and the capital that provides financial support to them are having problems with Turkey. Turkey has never been able to defeat these three groups. But, when it does, it is the only country which can organize rallies with huge crowds. Remember: we organized rallies in Cairo, in Tunisia and in Morocco. As someone who participated in those rallies, I can say that those people are still alive, and they still love Turkey and Erdoğan.

Things will become chaotic in the Middle East, we should take our positions

Then, we should be able to respond to the love of these people. We should have a dream for a geography where we can live together again. We should create a utopia where each country respects the other’s sovereignty and their independence but share a common fate and vision of a future together.

The embargo the U.S. re-imposed on Iran is not going to affect only Iran but many other countries in the Middle East. The status quo in Syria, Iraq, Yemen, and Lebanon, which are under the influence of Iran, will have to change.

After the Khashoggi murder, the Saudi regime will also change color. Eventually, the new Saddam of the Middle East, Crown Prince Salman, will have to go. Then, Kuwait, UAE, Bahrain, Egypt and the Ramallah administration, which are under Saudi influence, will be affected.

Turkey must fill this void that will emerge. And it must do it not in an imperial manner, but in a manner which would exclude imperialists. The people who live in this geography should decide their own future. We should explain this to the silent masses, we should use Turkey’s silent power, and we should turn this geography into a heaven for all of us, even though some powers desire to turn into a hell. This can only be done if the people of this geography come together.

Our biggest supporters are the people on the streets. Turkey must realize its silent power.