Why Israel severed Palestine’s connection to the Mediterranean - LEVENT YILMAZ

Why Israel severed Palestine’s connection to the Mediterranean

As Israel continues to commit crimes against humanity in Palestine, Tel Aviv is stepping up its attacks as the Palestinian death toll mounts with every passing day. While naturally one cannot put a price tag on the life of even one human, we cannot ignore the grave energy and economic aspects of this issue. Since examining all aspects of any given subject leads to a more sound analysis, with that purpose in mind, I will be discussing this issue today from a different perspective.

Where do things currently stand in Israel?

There have long been allegations of corruption against Prime Minister Benjamin Netanyahu, and the legal proceedings are still ongoing. Netanyahu last appeared before a third judge at court on corruption charges. As the legal process backed Netahyahu into a corner, we began to see a more aggressive version of Bibi manifesting domestically in Israel and through his foreign policy abroad. Meanwhile, there have been four general elections held in Israel since 2019. However, Netanyahu was unable to secure a win in any of these elections that would enable him to form a stable coalition. Thus, Israeli President Rivlin tasked opposition leader Yair Lapid with forming the government.

It seems even less likely that Lapid will be able to form a stable government. The results of the March 23 early elections and Lapid's reluctance to cooperate with Netanyahu make it highly challenging to form a new government. In a nutshell, we can expect yet another election in the country very soon. This is why Netahyahu continues to commit all kinds of unspeakable atrocities in order to secure votes and curry favor with Jewish settlers.

Why did Israel sever Palestine’s connection to the sea?

The Exclusive Economic Zone (EEZ) grants a coastal state the rights to manage the resources under the seabed in territorial waters and affords it sovereign rights regarding the utilization of these zones that would allow for energy production using elements such as the current and wind. As can be seen, the prerequisite of the EEZ is to overlook the sea. When you look at the map below, we see that since 1947, Israel has planned to shift Palestine’s borders away from the coastline, and now Palestinians only have a coast of 40 kilometers overlooking the Mediterranean in the Gaza Strip.

Despite the fact that there has not been any proper exploration activities on this 40-kilometer coastline off Gaza, the Gaza Marine field, discovered in 1999 and estimated to contain approximately 30 billion cubic meters of natural gas, could not become operational due to Israel's opposition. The striking thing is that, according to estimates, the energy sector of the Palestinian state would be self-sufficient for 15 years, even if just this field becomes operational in the Gaza Strip, where more than two million people live but only have access to electricity for a few hours a day. 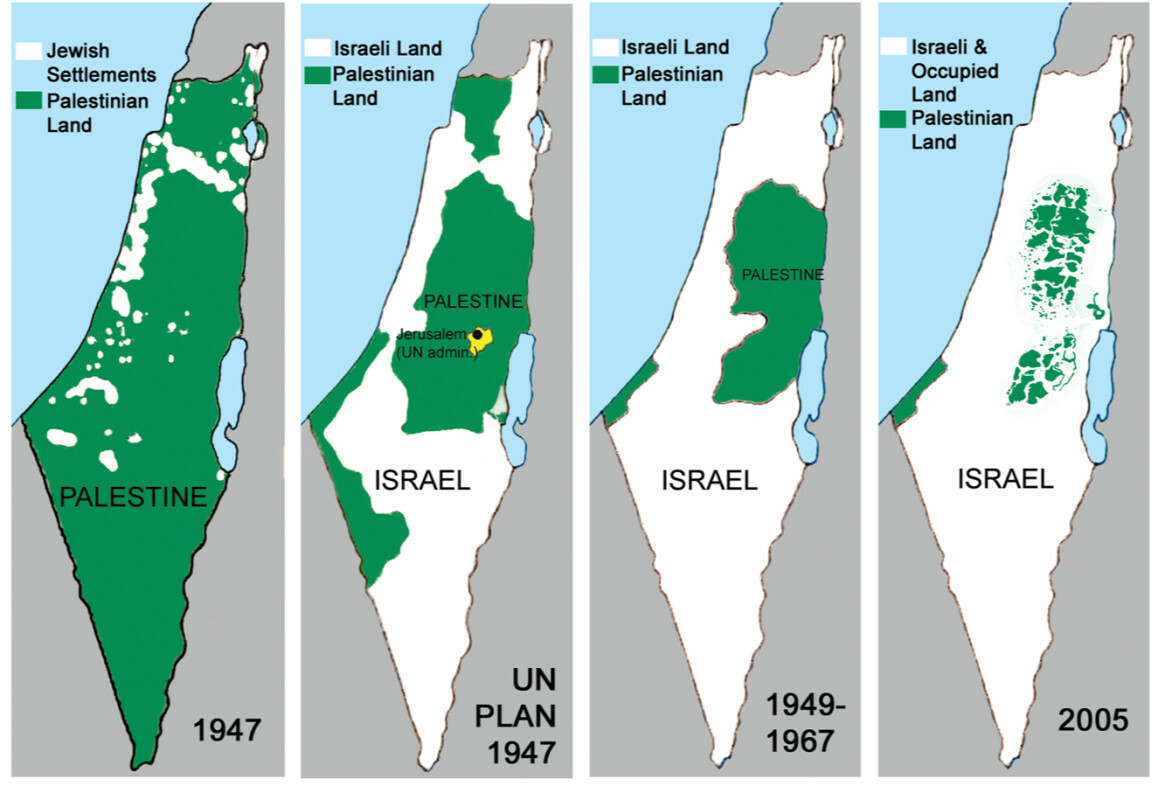 What was the cost of removing Palestine from the coastline?

Additionally, when we look at the map below, we deduce that: had Israel not removed Palestine from the Mediterranean coastline, today's natural gas reserves of approximately 1 trillion cubic meters in the Tamar, Leviathan, Dalit, Mari-B, Tanin, Karish and Noa fields would belong to the Palestinians. A question for you: what kind of country would Palestine, which is struggling to meet even the simplest vital needs today, be if it controlled the fields in question and commercialized them? 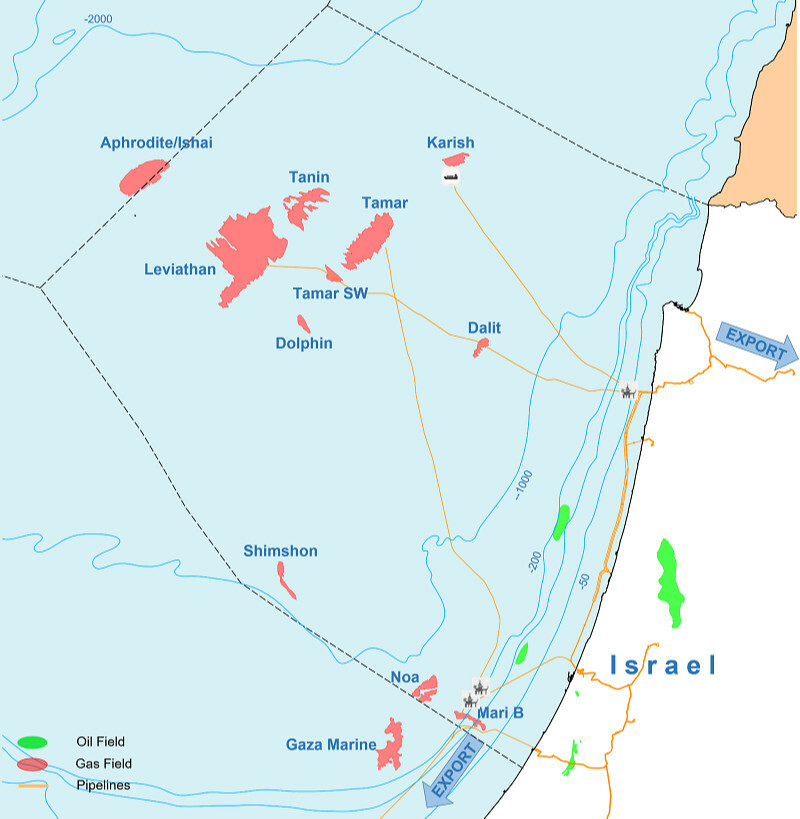