Mehmet Şeker was born on January 27, 1961, in Turkey’s Bursa province, where he attended primary, middle, and high school. However, he chose to continue his university studies in the Turkish capital Ankara. After a short stint as a public servant, he threw himself into publishing and journalism. He published journals such as Erguvan and Genç Dost. He is among the founders of the International Culture and Art Association and is a board member of the International Culture and Art Foundation (UKSD). Şeker has written books called “Dem Dem Democracy (Dem Dem Demokrasi)” and The Opposition’s Smile (Muhalif Tebessüm). He has been working at Yeni Şafak since 1995. 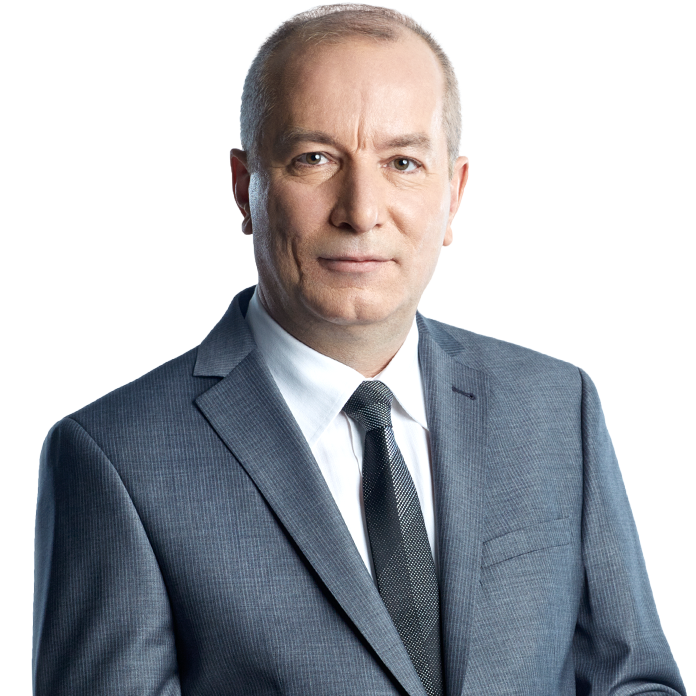 Two Russians were captured skulking in Istanbul around a facility manufacturing unmanned drones and of course armed combat vehicles.

It’s still a mystery whether they were singing “Awara hu, awara hu,” meaning “I am a loafer,” like in the Raj Kapoor movie.

There hasn’t been any statement regarding this, but one thing is for sure; they were loafing.

Alexei Petrushko and cameraman Ivan Malyshkin were arrested while filming near the BAYKAR Defense facilities.

They claimed they are journalists.

While our minds immediately jumped to “industrial spies”, the assistant manager of Russian NTV channel stood up for his “staff.”

Manager Vadim Takmenev said, “I think there is a misunderstanding. Both journalists are a part of our channel’s tenured staff. We sent them to Turkey to capture footage for our new year’s show. They were going to research how Turkey plans to welcome the new year.

Isn’t it strange that the head of the Russian channel started his words with “I think”?

If this is a matter of personal opinion then everyone is free to state theirs.

There’s no need to be squeamish.

They probably went to look into buying a plot of land. No, no; that’s it.

The Russian Foreign Ministry tried to sweet talk its way out of this by embracing the statement that those two men are journalists.

They said they expected Turkey’s help.

If anyone is satisfied with the explanation “Let’s cooperate, solve this”, will they please step forward.

Of course they’re going to say that.

They weren’t going to say they’re spies now, were they?

They weren’t going to say they wanted more information on turkey’s unmanned and combat drones, that’s why we sent them...

They were sloppy, and they got caught.

Real journalists have trouble traveling abroad, as spies often enter countries as members of the media.

Do you know how many real journalists who have nothing to do with clandestine activities sweat in the face of the immigration police, who raise their eyebrows as if to say, “Aha, here we have another spy!”

The police is unable to be frank and ask them.

They cant ask them, “Are you a spy parading around as a journalist?” “Are you really a journalist, monsieur?”

If I could be so bold as to make a request to all those job-loving spies out there?

Please stop disguising yourselves as a journalists… If we told them to be a baker or carpenter, would they take it seriously?

I really don’t think so. They would just snicker.

I don’t mean to be rude or anything, but how many times have we witnessed them setting a tail on us?

Once, because we were many in numbers, they set two tails on us.

When some on our team wanted to part with the crowd, so did they.

One day we happened to split into three groups. They were baffled and didn’t know what to do. We witnessed them panicking and making sudden calls.

Anyway, that’s a long story, let’s get back to our main topic.

When the conflict between Armenia and Azerbaijan started, I had written that it was really a battle between Turkey and Russia.

When it ended with Azerbaijan’s victory, the media in many countries, especially Europe, wrote that Turkey’s combat drones had devastated Russia’s defense systems.

When they saw what happened some of the Greeks said, “We have our work cut out for us.”

It’s funny, for some reason all these people worrying are former authorities.

If only the current administration would realize it, it’d do them a great deal of good.