Şahap Kavcıoğlu has been a frequent contributor to Yeni Şafak for years, penning columns on a variety of topics for the daily 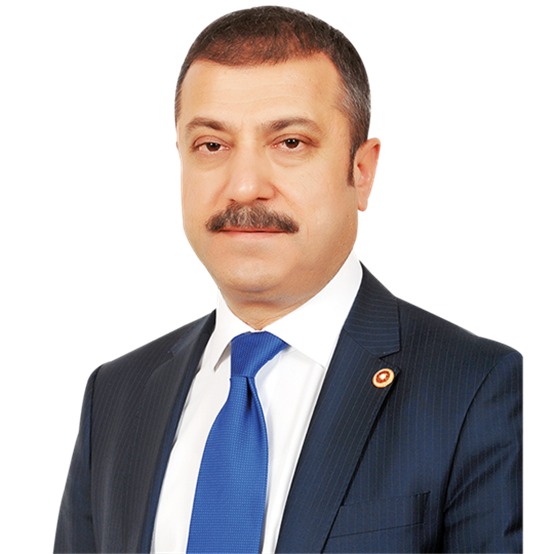 With this growing rate in 2017, Turkey became the fastest growing country among G20 and EU countries and the second fastest one after Ireland in the Organization for Economic Cooperation and Development (OECD) countries. Turkey, which has grown three times more than the total average of the EU, reached the top among G20 countries by leaving China and India, the fastest growing economies of the world, behind.

There are many important factors and developments behind this growth, but first comes the significant decisions that were put into effect one by one, which have made it easier to access loans and support -domestic demand through macro prudential policies.

Especially in 2017, implementing temporary tax discounts in the industries of housing, furniture and white appliances, decreasing financial and public burdens on investment, production, employment and export, delaying premium debts by structuring taxes and premiums, putting Credit Guarantee Fund and Small and Medium Enterprises Development Organization into effect to help businesses have easier access to loans, and implementing new incentives to support growth in the economy were very effective.

Moreover, significant legal regulations including the Patent Law which serves as a structural reform, the R&D Law, the Chattel Mortgage Law which helps small and medium sized enterprises have access to loans, and automatic enrollment in the Private Pension System to increase domestic savings and access to financing were put into effect in 2017.

With the effects of financial support, which was given thanks to these incentive policies that were put into immediate effect and instruments like the Credit Guarantee Fund, consumption expenditures of citizens contributed most to the growth.

As the contribution of the industry sector to annual growth was 1.82 points with an increase of 9.2 percent compared to 2016, 2,3 points of the growth came from investment and net exports. The manufacturing industry which grew by 8.84 percent gave positive messages in terms of the sustainability of the growth.

We can look the Turkish economy, which showed durability against shocks, continued to grow each year except for 2009 when the 2008 economic crisis had shown its impacts, and broke records in many years, from different perspectives. For example, when we look at the BIST 100 Index, the stock index, which was around 10.288 points in 2002, it increased by 48 percent from 78.138 to 114.954 points in 2017 compared to the previous year.

The change in the Industrial Production Index shows how industrial production changed. The index which was at 100 in 2015 reached 103.4 in 2016. And the fact that it rose to 112,3, with an increase of 8.6 percent in 2017 compared to the previous year, shows that the growth is supported by and consistent with industrial production.

Another significant development is the data about mergers and acquisitions in 2017.

In 2017, a transaction volume of USD 7.4 billion was realized (USD 4.6 billion in 2016), in transaction values that were announced, the total volume reached USD 10 billion including transactions whose values were not announced in Turkey.

With this performance, Turkey became the third country with the most transactions in terms of value and number among Central and Southeastern European region comprising of 11 countries.

The striking point here is that a big part of mergers and acquisitions in transaction volume in Turkey was carried out by foreign investors just like in 2016. It attracts attention that American investors came first among foreign investors. Because the reports of the U.S.-based credit rating agencies such as Moody’s, Fitch and S&P, which described Turkey as a non-investable country, were ignored by their own investors.

A strong contribution to growth coming from investment and foreign demand is extremely important in terms of growth composition. Banks easing the markets and the Credit Guarantee Fund supporting investments and economic activities, decisions decreasing bureaucracy, which is one of the important obstacles in front of investment and business, attractions centers still being advantageous despite changes, a new 67-article action plan being put into effect, recovery in tourism, and base effect thanks to the improvement in exports show that the economic growth will be strong this year too.