Attacks on Muslims in India have escalated again in recent weeks. No longer confined to isolated and individual outbursts of violence, Muslims now are the target of organized and premeditated attacks.

Dozens of mosques have been set ablaze in various states across the country since the beginning of the month, with hundreds of homes and businesses torched.

In footage shared on social media, we see Hindu groups attack Muslims in the streets with complete impunity.

Moreover, almost none of these incidents is mutual; on the contrary, the provocations are completely uninstigated. Even a quick online search will be enough to yield results showing dozens of such events.

One happens upon many pages with harrowing headlines such as “14-year-old Muslim boy lynched after entering Hindu temple to drink water,” “Peddler selling fruit and vegetables in Hindu quarter beaten in Delhi” and “Police save Muslim girl being  verbally harassed on street from instant death.”

By reading the above-mentioned news articles, someone with no knowledge of India may make the mistake of thinking that the Muslim population there is nothing but a “small minority." However, there are more than 200 million Muslims living in India today.

India is home to the largest Muslim minority in the world. In 1947, when the Indian subcontinent was divided into India and Pakistan (actually three: Pakistan was also divided into “eastern” and “western” partitions, with no territorial connection between the two), the Muslim population of India back then was around 35 million. The remaining Muslims emigrated or stayed on that side of the border with Pakistan, which was forged as an all-Muslim country.

In India today, almost half of the Muslim population is concentrated in three states: Uttar Pradesh, Bihar and West Bengal. In all the other states, wherever you go, you’re sure to find a sizable Muslim community, historical mosques or madrasas.

Well, with this huge Muslim population, historical background, etc., why are Muslims being lynched on the streets in broad daylight? How can this be done with such ease? The answer, unfortunately, is one we know well: There is no monolithic structure or institution that represents Muslims. More than 200 million Muslims have been unable to form an organization to intimidate and deter Hindus. Countless religious communities, schools, publications, academic work, and other bodies are, unfortunately, far from being sufficient to give Muslims the “clout” to stand up to Islamophobic groups. The political representation of Muslims in the Indian Parliament is also atrophying with every passing day. 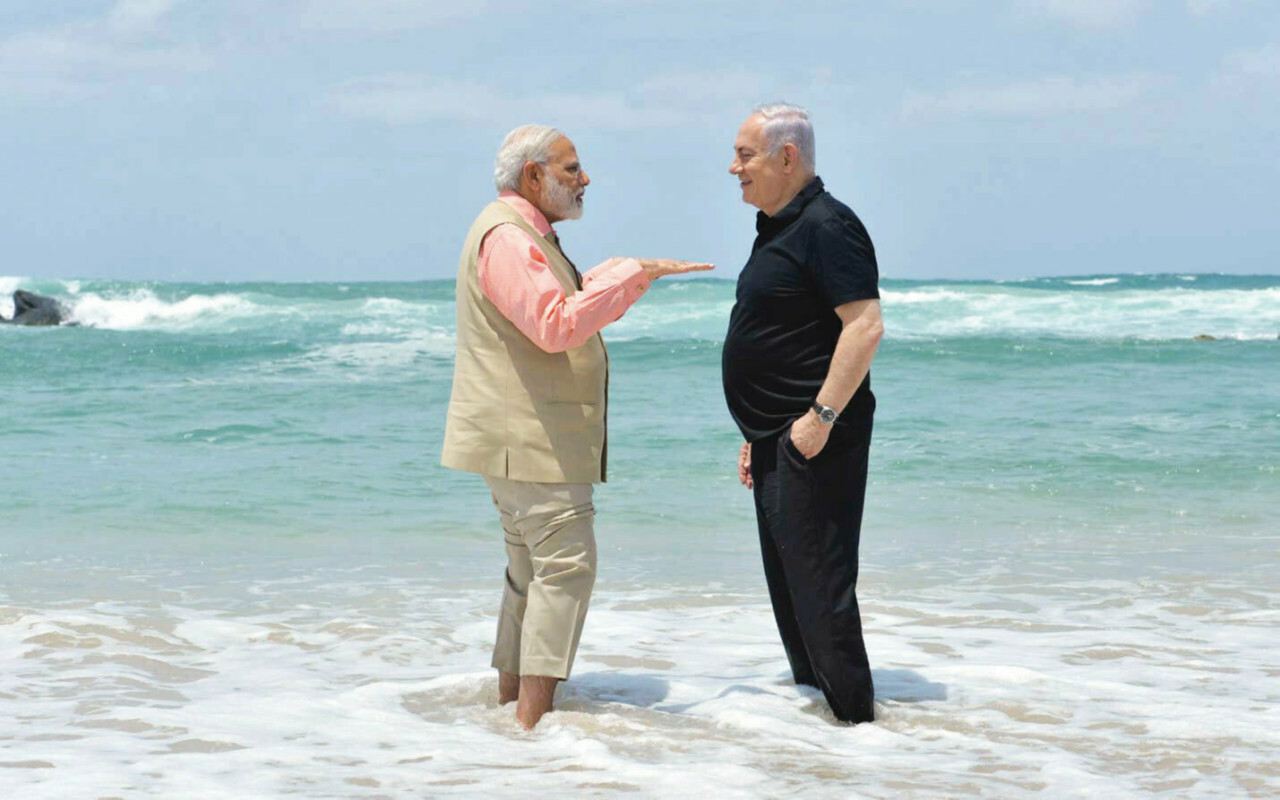 Groups that attack Muslims belong to the "Hindutva" ideology, an ultra-fascist form of Hindu nationalism, and are called by that name. The Hindutva, which are also enthusiastically supported by Indian Prime Minister Narendra Modi, are the ones who make life a living hell for Muslims in the country. Their violent attacks have been dubbed "saffron terror," because of the saffron-colored clothes worn by their members.

To make it even clearer: Hindutva is to India what Zionism is to Israel. We can compare Narendra Modi to Israel's former Prime Minister Benjamin Netanyahu and his party to Israel's ultra-fascist Likud.

Of course, it was not for nothing that Narendra Modi quickly became so enmeshed with Israel and the Netanyahu government as soon as he was elected prime minister of India in 2014, as relations between the two countries turned into a strategic cooperation.

One final thing that also needs to be said regarding this situation is:

The events currently unfolding in India are the latest example we offer to those who constantly whine about Muslim extremists and speak boastfully of "peaceful Asian religions" as an alternative. If the Hindu example is not enough for your interlocutors, you can remind them of the "peaceful" Buddhist monks who are still carrying out their brutal organized attacks on Rohingya Muslims.