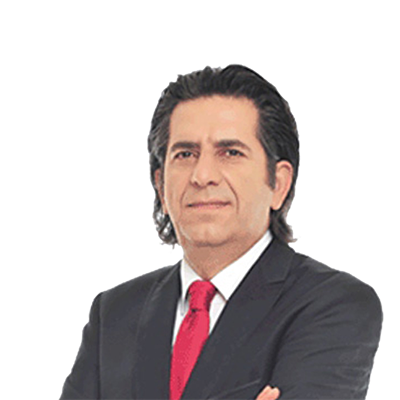 All together we will be paying the price

Someone had written this article; someone had set up a computer on another table before, making the internet and electrical connections.Somebody had read the article, someone else had edited it, somebody set it on a page, and somebody sent it to the ... more

The destination we will arrive at after taking a circuitous route

About two years ago Morton Abramowitz was describing the Kurdish problem as “Turkey’s Achilles heel” in his article about the region.At that time extremely bloody clashes were underway with the PKK.All of a sudden new life was breathed into the recon... more

Who is trying to be whose partner?

Are you also stunned when following the recent developments?Most of the statements and slogans’ bases are revealed to be hollow in a short time.There is not even any need left for digging; they are collapsing on their own.The US Secretary of State, h... more

Suddenly, the studies related with the Resolution Process are gaining momentum in Ankara.It is being stated that Prime Minister Ahmet Davutoğlu will be meeting with the Wisemen committee on Sunday. Almost everyone from the government and the party is... more

​The events we are experiencing are all interrelated

When we try to understand what’s going on, after shifting our attention from the news bombardments and breaking news, this time we come face to face with comment bombardment. So many things are intertwining so fast, that it’s not easy to catch our br... more

I guess this is the statement that explains our situation the best.ISIL, which came out of nowhere, had rummaged through all the equilibriums.Since the movement style of the organization also includes unexpected moves, when it showed up in front of o... more

We cannot escape from our fate

In fact, centuries ago,  Ibn Khaldun anticipated the events correctly by his formula “geography is the fate”. True, whatever we go through in this geography are those things we cannot escape.  This is one of the reasons why the comments that are publ... more

​From cheap Spanish gold to the Scottish Referendum

Not only today, but actually for centuries, the things happening at one edge of the world have also been deeply affecting the other edge. The only difference is the effects are occurring sooner.Who did this gold, which had been introduced to the mar... more

If every action drill meant war….

No country will stay in peace for even a minute; we used to live with wars.Because of this reason, there is no need to make judgments by looking at the activity in Ankara for the past two days.There are no sufficient evidences in order for us to clea... more

A new momentum in the Resolution Process

The developments, which are happening in a head-spinning way in the Middle East during recent years, have revealed a negative scene for the region after a wavy course of events.Now it"s in the middle of the negativity, chaos and, of course, the blood... more

Can you ever imagine finding yourself suddenly surrounded by water under the heat of August, when you actually wanted to have a picnic on a Sunday with your family? This is what had happened to tens of families at Siirt Tillo. They were buried under ... more

The road to the new government

I"ve called my reporter friend, who had been waiting at AK Party Headquarters for Prime Minister Erdogan"s announcement.It was 18:34 and there had been no last-minute news left on my phone or the social media.Ümit said, "Now we are awaiting his entra... more

Stability on the inside, chaos on the outside

Actually, we all have to write about a finished election these days.For fifty-three days, since the comment I"ve made on June 16 when the roof candidate, Ekmeleddin Ihsanoglu, was announced, and the article I had written the day after, nothing more h... more