Zekeriya Kurşun has been a frequent contributor to Yeni Şafak for years, penning columns on a variety of topics for the daily 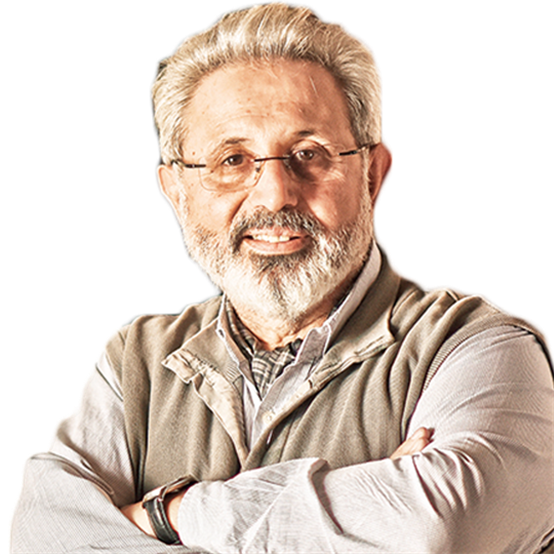 The Arab League Economic and Social Development summit, which was held yesterday in Beirut, started with the absence of Arab leaders. Only three leaders participated in this summit: Lebanon’s president, who was the host, Qatari Emir Sheikh Tamim and President of Mauritania Mohammed Ould Abdelaziz. Although reasons such as Lebanon’s inability to form a government and the lack of security in the country influenced the participation of the Arab leaders, it is not possible to explain their absence with these reasons alone.

The decision of Arab leaders not to attend the summit or the last-minute change in their plans is an outcome of various calculations and deep promptings. When we think about the presence of Hezbollah and Amal in Lebanon which are supported by Iran and U.S. Secretary of State Mike Pompeo’s anti-Iran statements during his visits to the region, we can say that the provocations of the U.S. played a role in the ineffectiveness of the summit. Despite all this, the structural problems of the Arab League and the fact that the decisions made in the last summit haven’t been put into practice yet are other reasons why it was ineffectual. Although the agenda of the summit in Beirut was economic and social development, if the leaders had attended there is no doubt that it would have turned into a political one. In that case, the return of Syria to the Arab League as was mentioned by the Arab League earlier and also by Lebanese President Michel Aoun before would be the main issue. What happened instead?

For now, neither the Arab League nor the U.S. wants Syria to return to the League. As this situation would harm their fight against Iran, it would likewise harm the relations Gulf countries and Egypt have been establishing since 2017 with Israel. On the other hand, the implementation of the regional initiatives regarding Syria through the Arab League is an unwanted development for the U.S. Washington is not going to allow regional initiatives without restoring its shaken position in Syria and Iraq. Of course, in the case that it restores its image and returns to the status quo of the Cold War era, it is well aware that sustaining this depends on the creation of regional power, which has been the case in the past as well. While Israel was individually assuming this role in the past, today that seems impossible.

Despite the position the U.S. has taken in favor of Israel in the Jerusalem issue, because of the rift in U.S. interior politics, there is a trust crisis between the two parties. On the other hand, the Arab allies of the U.S. are not feeling safe about their most sensitive matter, the issues of Palestine and Jerusalem. Although they are keeping things working through the pressure created and imposed upon them due to the Daesh terrorism, it is not possible to continue this way forever. Therefore, in such an environment, the best solution found by presenting the Iran threat as an excuse is the preservation of U.S. and Israeli interests through a regional alliance formed by Israel, Gulf countries and Egypt. In my opinion, this is the only formula that is on the table.

The glue that keeps the Arab league together and Turkey

The quintessential factor that keeps the Arab League, which was established right after WWII, together is the anti-Israel stance of its members rather than their shared identity, culture and language. The Arab-Israeli wars kept this league alive for a long time. Even the defeat in 1967 and the Camp David agreement initiated by the U.S. which was reached in 1979 couldn’t annex this factor. However, after the revolution, Iran’s claim to bring a revolution to the Muslim and Arab world created an alternative for their hatred towards Israel. Hence Iran’s Arab policies and its dreams to establish a Shiite crescent resulted in a quick rapprochement between some members of the Arab League and Israel.

Throughout history, an Arab-Israeli rapprochement on this level has never been witnessed. With the support of the U.S., the normalization of relations with Israel initiated by the Gulf states has turned into cooperation in many fields. Today, in all the recent problems across the entire region there are dialogues and exchanges of intelligence on certain levels between the two sides. Especially in the the Yemen War and Egypt’s fight against terrorism in Sinai, it is well-known that Israel has been providing military and technical as well as educational support. Countries that feel their regimes are in danger due to the problems they are having on the field obviously don’t want these relations to be collateral damage. There is no other explanation since even Palestinian President Mahmud Abbas didn’t attend the summit.

Because it is known that Arab League summits cause further division and new problems between the Arab countries rather than cooperation between them. Since the events that affected third parties during the past summits are still fresh in everyone’s memories, the Arab leaders don’t want to take any risks.

So, how does all this concern Turkey?

Turkey is directly a part of all the regional developments. Therefore, it is only natural that any development taking place concerns Turkey. It is not possible for neither the U.S. nor Israel and the Arab League to act without taking Turkey into consideration anyway. However, there is another issue I want to point out. As I also mentioned above, the decline of the anti-Israel stance, the factor that has been keeping the Arab League intact, and the pacification of Iran will in a way turn the focus to Turkey once again. The new binding factor for the Arab League, which can now get along with Israel and that lacks realist principals, will be their anti-Turkey stance. The voice of the Arab League is far from shaping the streets. That is why the hostility toward Turkey is certainly not something the Arab people want. However, there is no doubt that some Arab regimes and the powers supporting them have this on their agenda.