National strike in Colombia completes one month Protesters perform in front of the Portal de las Americas station, rename as "Portal Resistance" during a national strike in Bogota, Colombia, on May 29, 2021. Tens of thousands of Colombians have taken to the streets in demonstrations that began on ​April 28 have paralyzed Colombia, with demonstrators originally taking to the streets against proposed tax reform. While the tax plan was later withdrawn by the government, protesters are now demanding health, educational, and policy reforms. 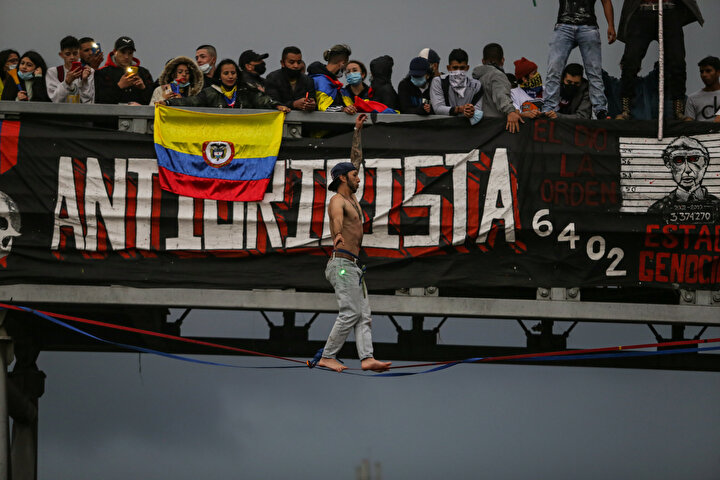 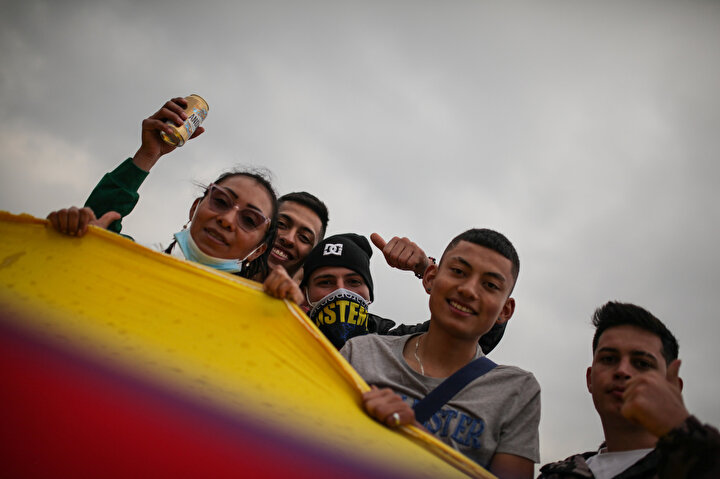 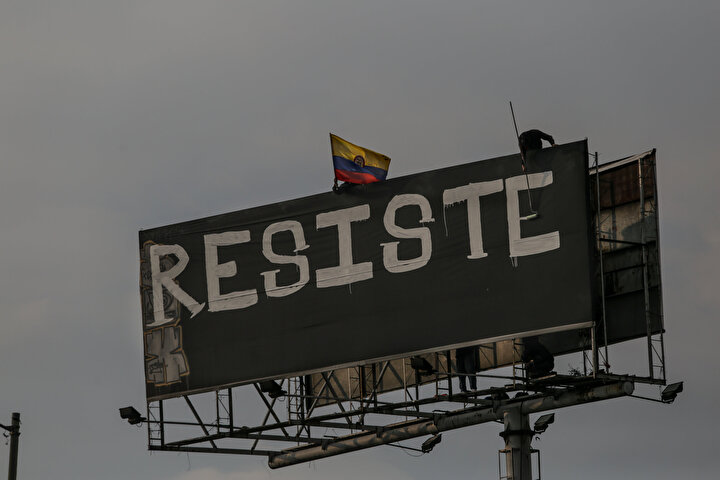 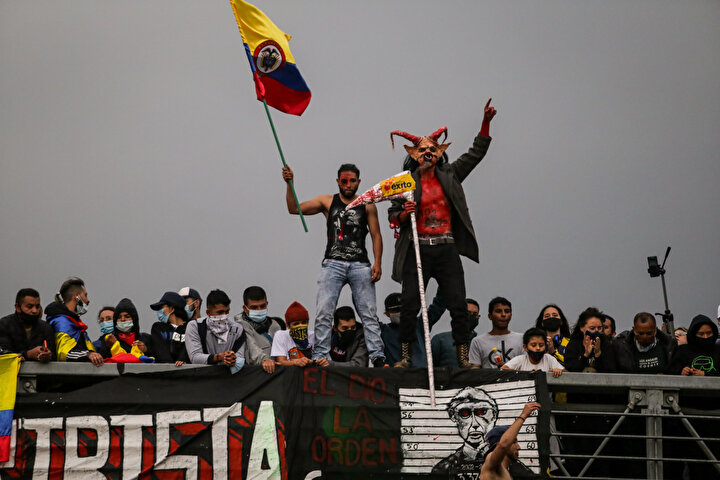 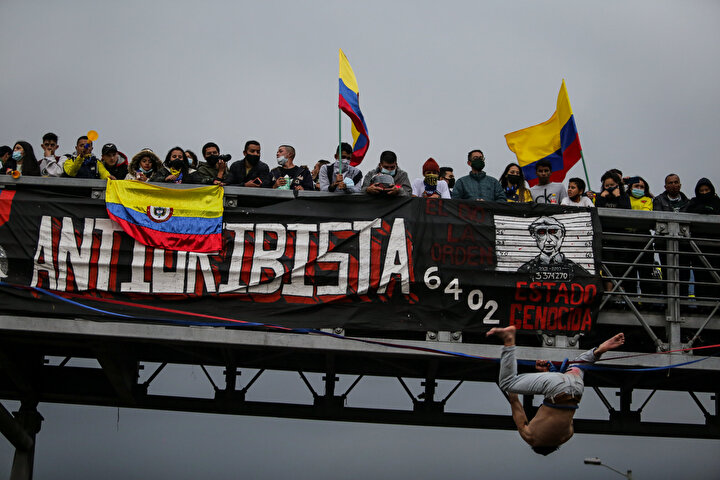 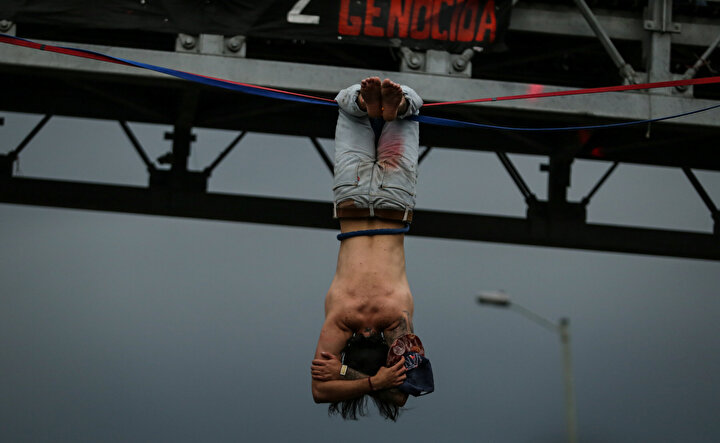 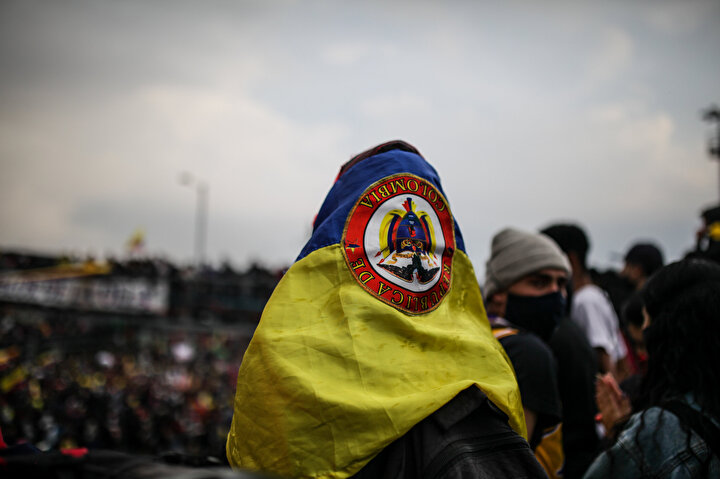 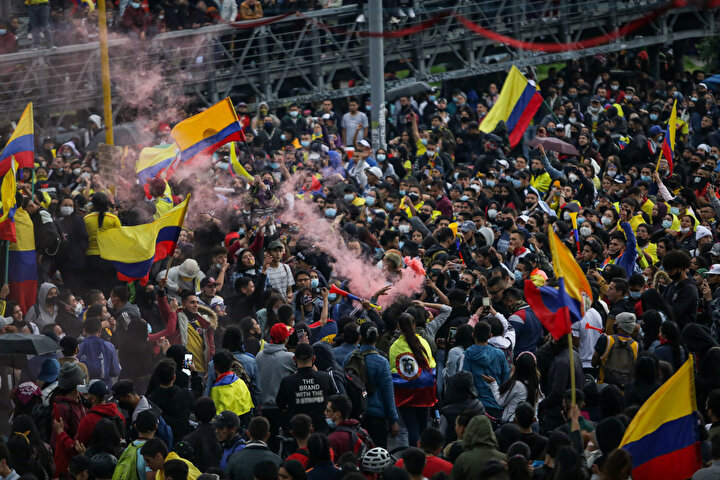 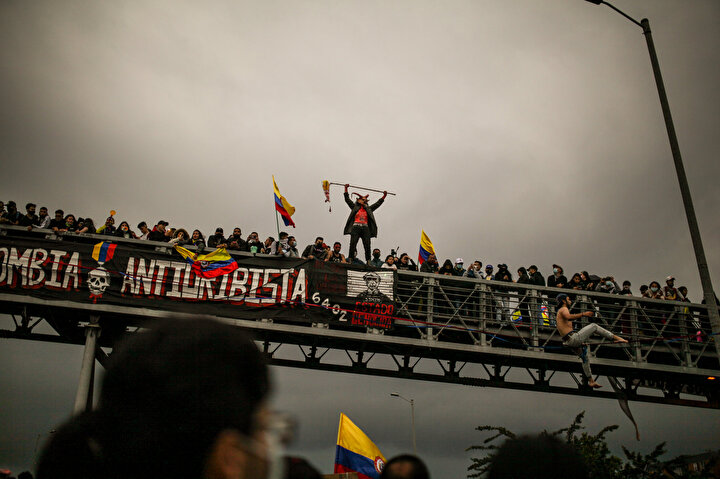 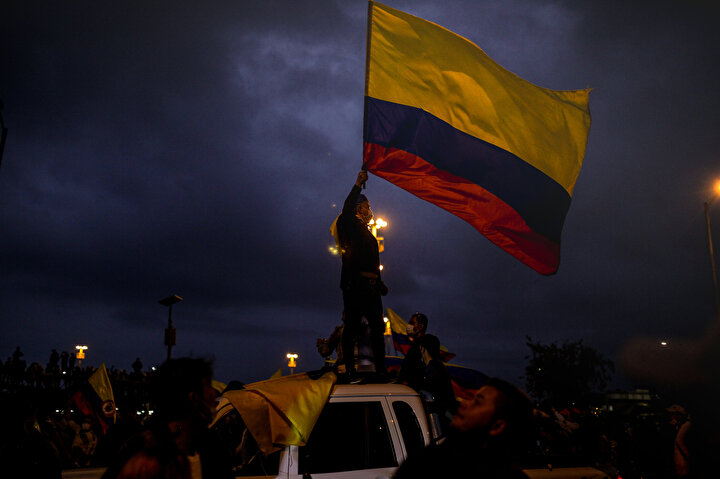 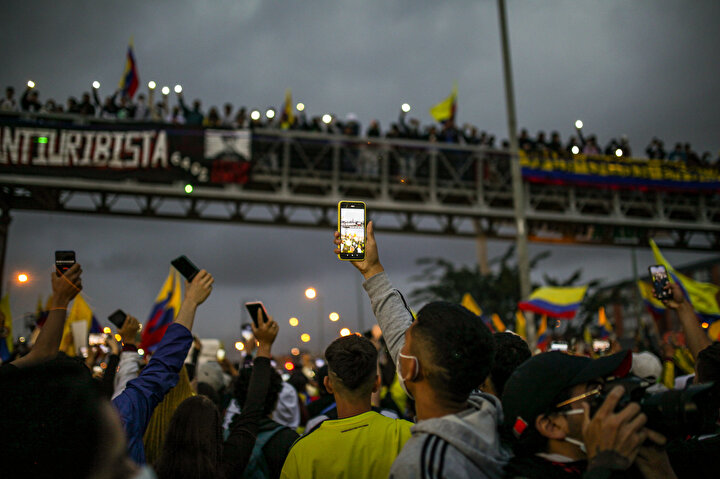 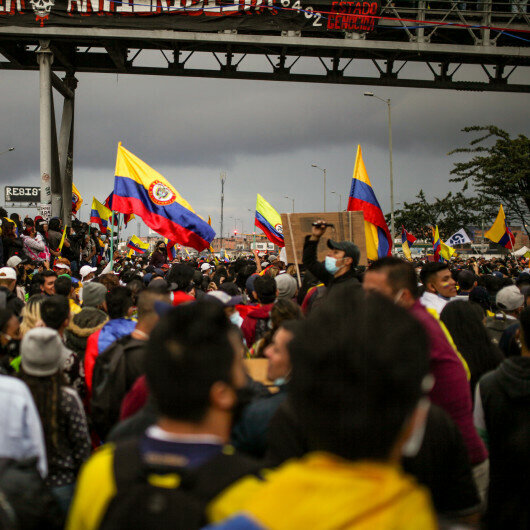