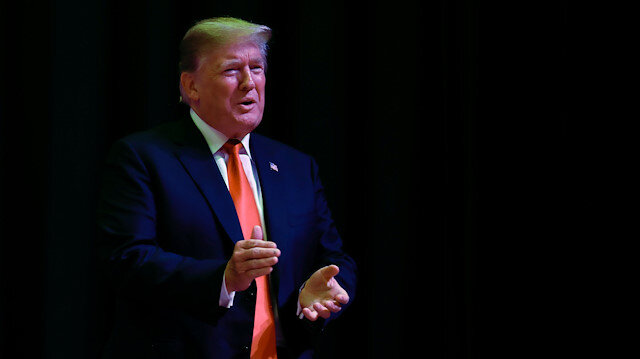 “I will always stand with Israel and the Jewish people,” “I have done a lot for Israel; I have moved the U.S. Embassy to Jerusalem and then recognized that the Golan Heights belong to Israel.” U.S. President Donald Trump last month announced the unilateral “Middle East peace plan” which he described as the “peace plan of the century.” With these words, he explained his so-called peace plan that gives Israel everything it ever wanted; destroying the two-state solution, stripping Palestine of all its rights, and consequently isolating Palestinian people to an unprecedented level.
Following the announcement, the plan is currently being debated with its historical, political, geo-political and demographic aspects. In this respect, the main focus of these debates is Trump’s desire to keep the support of evangelical Christians and the Jewish lobby ahead of the recent impeachment vote, which left him politically in a tight squeeze. Although it has been emphasized from time to time, the theo-political and apocalyptical aspects behind this plan have been overlooked. We can assert that the U.S. and the policies and plans of the administration of Trump and Vice President Pence about the Muslim world and the Middle East essentially focus on the following two factors: The first is economic interests, and the second is, along with the support of Jews and the Jewish lobby, realizing the theo-political purposes of radical fundamentalist evangelicals in the United States, whose numbers currently top 100 million and whose votes they desperately depend upon – and gained, at the end.
From this point, it can be positively asserted that without having a full grasp of the theo-politics of Jewish and Christian Zionism towards Jerusalem, the apocalyptical approaches that define this theo-politics and the “political orientalism” which brings all of this in one pot in the form of policymaking in the region, one cannot comprehend the policies and political moves of the U.S. and the Jewish-evangelicals on Jerusalem, which the Holy Qur’an defines as “whose surroundings We have blessed.” The reason is the following: debates around Jerusalem are very much intertwined with apocalyptical approaches such as “the end of the world – the Apocalypse” “Armageddon- millennium (1,000 years of Heaven on earth)” that are found in the holy texts of Judaism, Christianity and Islam.
After the Trump-Pence administration took power, the three significant theo-political decisions that they made regarding Jerusalem, which are obviously apocalyptical decisions, confirm our hypothesis here. In this sense, it is useful to remember the historian of religions Justin McCarthy’s remarks: “There is not one existing phenomenon in the world that has nothing to do with religion.” This situation is much more explicit in the case of the United States, in which there is a 70-80% rate of religiosity, compared to that of Europe, where around 70% of people are moving away from religion/the church, specifically in the northern regions.
- Trump’s and Zionist evangelicals’ Jerusalem theo-politics and apocalyptics
As we pointed out in our articles “Trump’ın Zaferinde Evanjeliklerin Rolü ve İslam Karşıtlığı” (The Role of evangelicals in Trump’s Triumph and Opposition to Islam) published right after Trump took office, and “Trump’in Kudus Kararinda Evanjeliklerin Rolu” (The Role of evangelicals in Trump’s Jerusalem Decision) published after Trump’s decision to move the U.S. Embassy to Jerusalem, the influence of evangelicals’ theo-politics and apocalyptics is explicitly seen in the Trump-Pence duo’s decisions and plans for Jerusalem. By then, Turkish President Recep Tayyip Erdogan also pointed at this issue by saying “evangelicals are behind this decision, I heard this from the president himself.”
In his presidency, Trump wasted no time in announcing his decision to move the U.S. Embassy from Tel Aviv to Jerusalem, after which he recognized the Israeli occupation of the Golan Heights. This decision has everything to do with Jerusalem. For that reason, it is plain to see that Trump’s so-called “peace plan of the century” was prepared in line with the evangelicals’ and the Israeli lobby’s theo-political purposes. This path, which leads Zionist Jews towards the “promised lands” and Zionist Christians towards the ideal of the millennium, Jesus’ “Heaven on earth” in Jerusalem, raises the question of what the next concrete theo-political step will be.

Today, evangelicals also compare Trump to the Cyrus II. After the king of Babel Nebuchadnezzar invaded Jerusalem in 586 B.C., demolished the Temple of Solomon, and sent 70,000 Jews into exile to Mesopotamia-Babylon (the first Jewish diaspora), Jews had to live in captivity for 60 years. Cyrus II is after all the king who saved the Jews from this captivity and allowed them to return to Jerusalem and rebuild the Temple of Solomon; thus the enthusiastic comparison with Trump.
Later Presidents Lyndon B. Johnson (1963-1969) and Ronald Reagan (1981-1989) also had similar views. Moreover, both father and son Presidents Bush destroyed and demolished Iraq with policies that can be considered in the same context, which also comes from the same logic of Israeli and Jerusalem theo-politics.
Consequently, if the Muslim world does not react swiftly and take action against Trump’s Jerusalem plan, which can be described as the “neo-Balfour Declaration” and has a strong theo-political and apocalyptical background, it is doomed to destruction and further violence.
If we look back, we will remember that the Organization of Islamic Cooperation (OIC) was founded after a Christian integrist Dennis Michael Rohan, a member of Church of God sect, set Jerusalem’s Al-Aqsa Mosque on fire. At that time, Jerusalem became a meeting point of the Muslim world and brought it together. And today, if the necessary measures are taken to raise awareness of the theo-political, apocalyptical, and orientalist plans towards the Muslim world, Jerusalem will preserve its potential to bring the Muslim world together once again. At the same time, the Judeo-Christian-evangelical apocalyptical projections led by the Trump-Pence administration are on full speed in “forcing God for apocalypse” and thus bringing the world to an end, primarily directed towards Jerusalem. 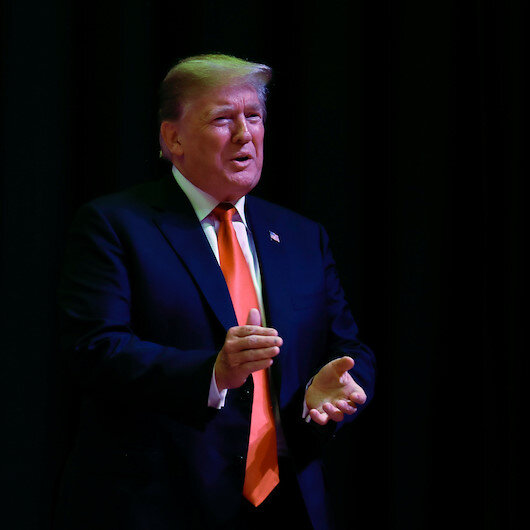 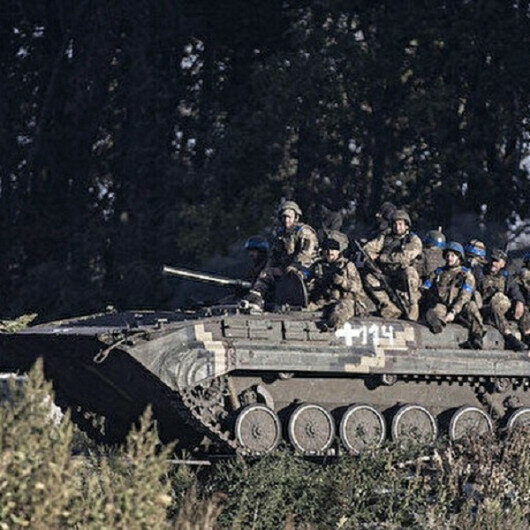 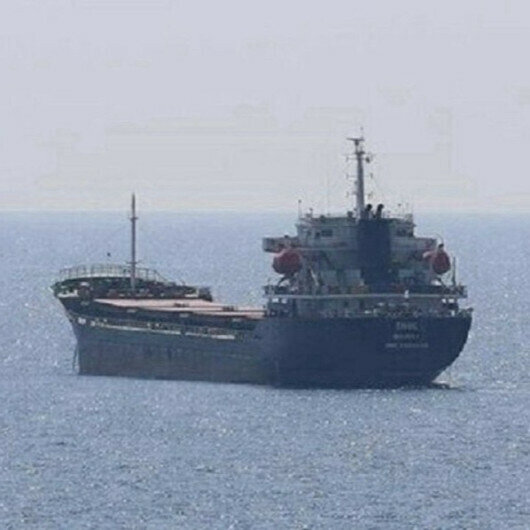 Over 6M tons of grain shipped from Ukraine since August 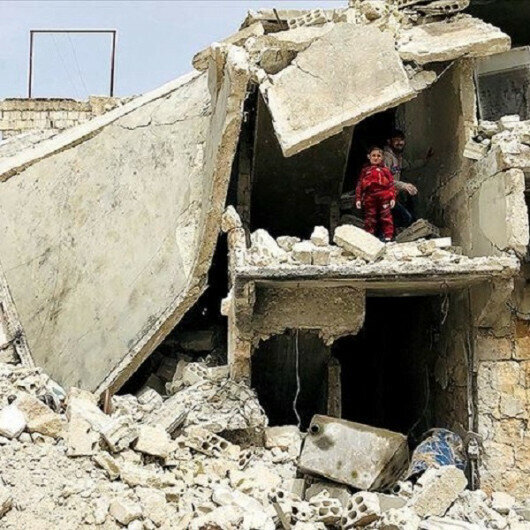 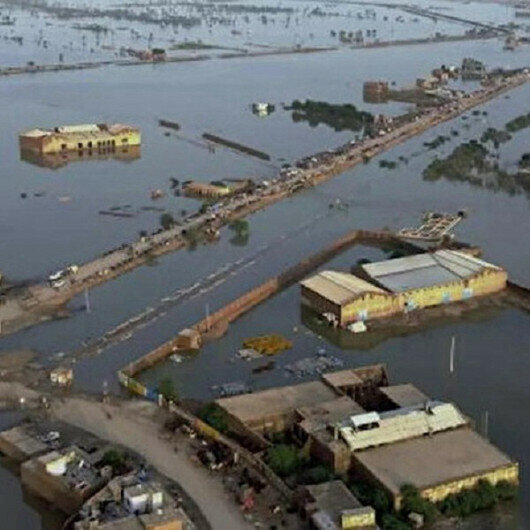 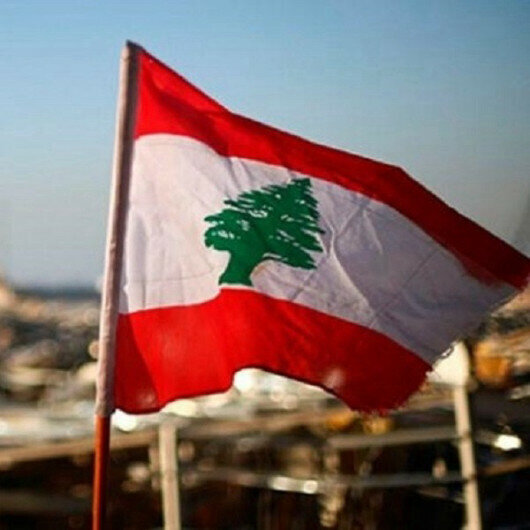