One of the most important targets on the night of the July 15th coup attempt was the Çiğli 2nd Main Jet Base Command located in İzmir. The military squad coming from Istanbul Samandıra Military Base with helicopters raided the Grand Yazici Turban Hotel in order to assassinate President Erdoğan. Major Şükrü Seymen was the one who organized the team for the assault during which two police officers were killed. Mehmet Çetin, who was shot during the clash at the hotel, was martyred by a bullet shot from Major Seymen's gun.

Major Şükrü Seymen, who provided the coordination of the squad that was on loose for 16 days after the unsuccessful coup attempt, stole money and wallets from the officers who were martyred in the armed conflict that occurred at the hotel.

The testimony given to the prosecutor’s office by Şükrü Seymen, who was arrested on charges of violating the Constitution, of assassinating and physically assaulting the President, of direct administration of the assassination attempt, of committing crime against the legislative body, of committing crimes against the government, of establishing or managing a terrorist organization and of murder:

He initially accused the Brigadier General

In the statement given by Seymen, he accused Brigadier General Gökhan Şahin Sözmezateş of being the assassination planner and said, "I have fulfilled the orders of Commander Gökhan,”

I have fulfilled the orders of Brigadier General Gökhan Şahin Sözmezateş. He told us that a leader of the terrorist organization will be taken from Marmaris. He wanted me to gather a team of trusted friends and keep the mission secret.

He said, “Everyone knows that chain of command must be followed. When we went to the hotel, I realized that it was a trap. After the event, we ran as far as we could with the friends I had beside me. We walked at night to avoid being caught by aircrafts called drones. We were hiding among the trees during the day. Our only salvation was to escape to the Greek islands. We examined the boats at the beach. When we could not get them to work, we went back to the woods. When footage from the funerals of the martyred police officers was shown at the police station, I was devastated. I was ashamed of myself. May God punish all those who made our lives fall apart!" 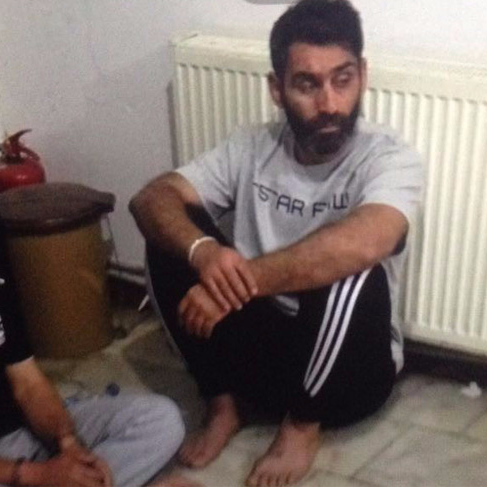 The trial of the assassination team that attempted to assassinate President Recep Tayyip Erdogan began on February 20th. Şükrü Seymen, who is the head of the team and the third suspect of the case, said in a statement that "I made a coup d'etat, I don't regret it. I would have killed myself if it had not been suicide. "

Seymen said, '' We knew that the coup was done with the command of the Turkish Armed Forces. And an order was given to seize President Erdogan alive.''

Seymen said; ‘' On July 14, Semih Terzi called me on the phone and wanted a team of 12 and wanted me to contact Sönmezateş.'' He also said that ‘’ He did not make any statement about the mission. We do not question orders given as Special Forces. General Semih is a heroic commander I have known since I was a lieutenant.’’

Seymen, stating that Sönmezateş told him that the Turkish Armed Forces would make a military coup and that weapons and ammunition would be provided by him and a plane would be allocated, continued as follows:

"But, he did not tell anything about what the mission was, at 8 pm I ordered the team to come together. We went to Ataturk Airport with 3 vehicles and started to wait for the flight and when the plane didn't come, I called lieutenant colonel Davut and asked for a helicopter. The helicopter came in. The special boat squadron team joined us unscheduled. "
Major Şükrü Seymen, who provided the coordination of the team that organized the assassination attempt on President Erdogan, martyred police officer Mehmet Cetin in the hotel he raided. Seymen stole money and wallets from two cops who were martyred in the attack. 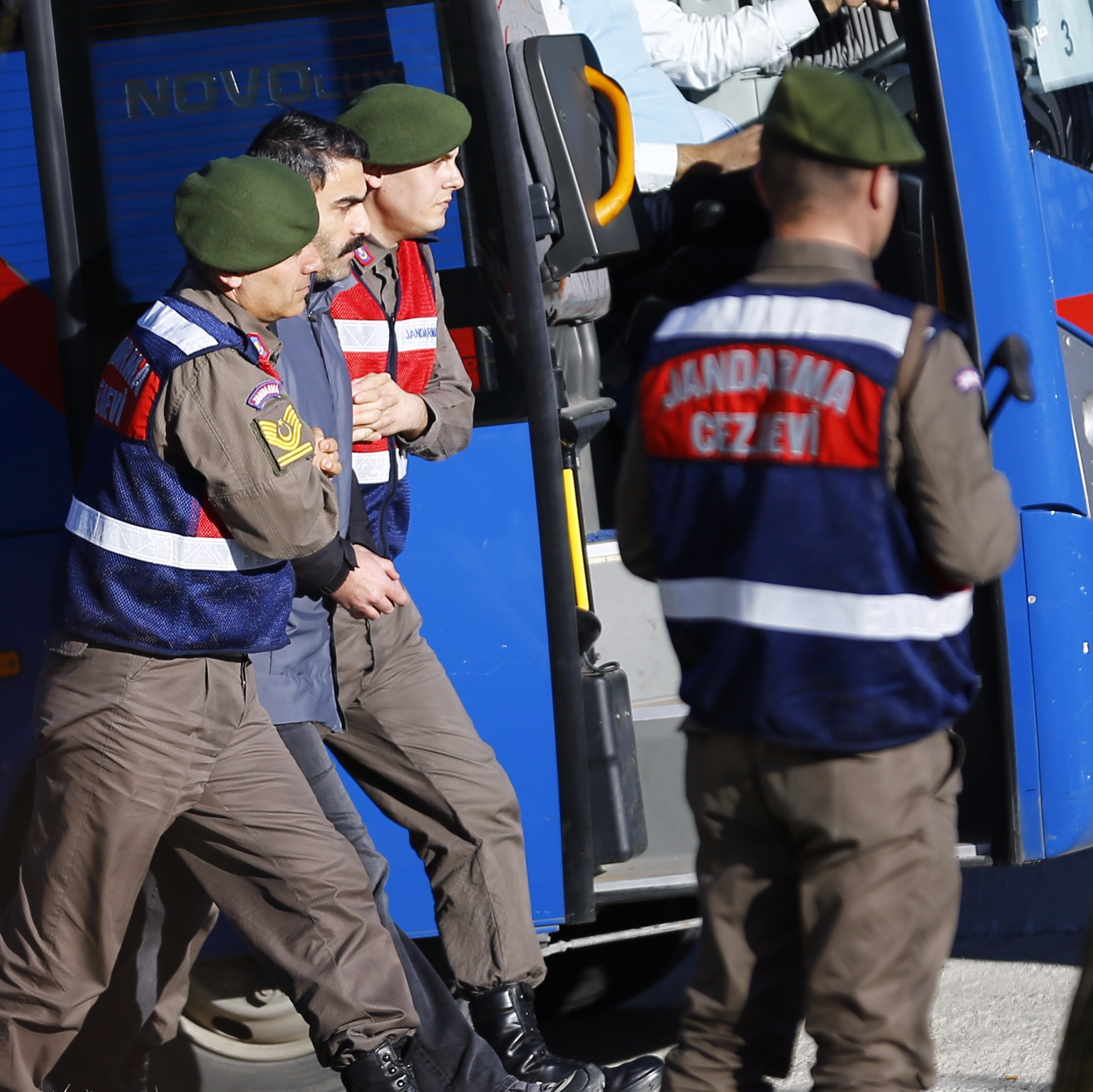 "I would have killed myself if it had not been suicide."
The court meeting in a villa in Ankara, the defendant Şükrü Seymen replied in response to the question of the president of the court whether he had planned a coup d'etat:

"Where am I in this planning? What plan have I participated in, I do not know what my crime is. I made a coup d'etat, I don't regret it. I would have killed myself if it had not been suicide. I did not meet anyone in any villa in Ankara. All I have done is fulfill an order because I'm a good soldier. The order is not written here in this incident. It is also given in verbal and other forms. "

While waiting in Çiğli, the message "Strike canceled" came to the attention of Seymen, and he said that he had conveyed this message to Sönmezateş.

Seymen said that; "He also took the idea of going to Ankara from me and I told him that we could go back, and Sönmezateş again made a phone call and said that the mission would continue."

Seymen, saying that they thought they would move immediately but waited for 4 hours, continued, "General Gökhan ordered everyone to seize the President Erdogan alive, and I certainly do not accept an assassination claim.".

Seymen saying that they departed with 3 helicopters and landed on the determined point in Marmaris continued as follows:

‘’The command in the air was Sönmezateş’s, and I had the command on the ground. I was going to inform Sönmezateş by phone. After the helicopter landed in the first place, some personnel opened fire in the air in the heat of the incident. If the guards had shut their doors and never fired, it would not have been possible for us to locate them. The first fire came from the policeman, and we protected ourselves. None of the weapons we used had night vision cameras and thermal cameras. For this reason, it was not possible for us to shoot at the target. As a result of the fire, we also had to make the shot. We asked the police there: 'When did the President go, what vehicle did he go with?' I strongly deny that I insulted the President. I have not assaulted anyone. "

When he learned that the president was not in the hotel, Seymen informed Sönmezateş about the situation and said that while leaving the scene there had been conflict with the police by other teams.
Defending that their entry into the hotel was at the clash, Seymen claimed that most of the shooting there was done by the police.

Seymen said that; "If you look at the empty case, we have a maximum of 100 shells, and we do not even have a single hangout while we are in the hotel. We have not damaged any residential neighborhoods and cars. We entered the residential neighborhood to save our lives from the police fire. I certainly did not want to go into conflict with the cops. If we intended to kill people there, no one could survive there, and today 30-40 or even 120 martyrs would be mentioned.’’

"I made a military coup, I will not sit and cry like a child"

Seymen who said "I made a coup d'etat, I did the order. I'm not going to sit and cry like a child. The only thing I am sad about is that there should be two martyrs here.” argued that the bullets removed from both the martyr and the helicopter did not fit his own weapon.

When the judge reminded him of his statement of "Is there anyone who doesn't belong to a service movement between us?" Seymen claimed that he certainly did not use such a statement. Seymen also argued that he had not spoken ' You would enter into our cave eh! But we already entered into your cave.''

Seymen replied to the question of "Did you seize the money on the cops?" as follows:

"We have never seized the money of anybody. We have not divided it. We have only divided up our personal money among us because we have no mission to seize anyone’s money. When saying that "If it were money, it would be easy for us to escape," Zekeriya Kuzu stated that he seized the money of the police. When I heard this, I reacted greatly. In order to make everyone's chances of escaping on the ground, we divided the total personal money we had collected and we shopped with it. We are the clearest group that is not currently belonging to FETÖ. None of us are a member of FETÖ. Nobody can blame us for that. I am a Kemalist officer and I was in the military coup."